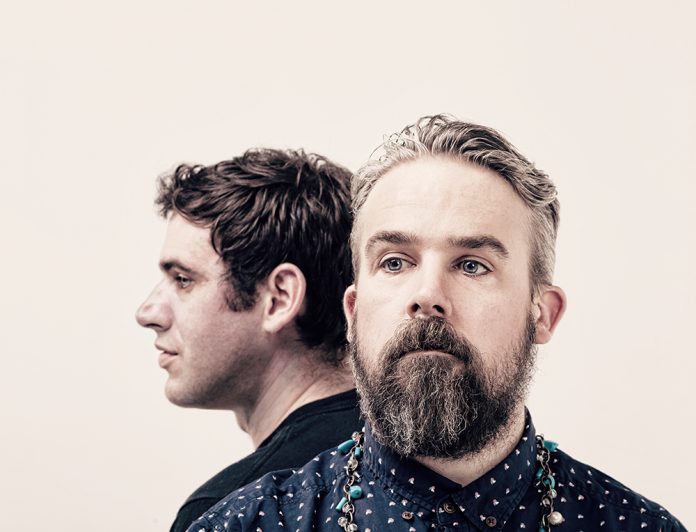 Heavy, dancey, two-piece rockers Ghosts Of Men announce the release of their single ‘Hang Fire’ on 1 April 2019 via Regent Street Records. The single comes backed with another brand new song ‘Show Down’. There’s a stunning video coming soon; watch this space. An April Fools’ Day release underlines their tongue in cheek approach to the industry; the band being described as, “Like a two piece Queens of the Stone Age, if Queens of the Stone Age were entirely composed of Morecambe and Wise” by BBC Radio. However, make no mistake, this band are deadly serious when it comes to the music and to playing live – having already performed over 150 festival dates, countless UK venues, and toured across Europe.

‘Hang Fire’ is the latest in the band’s series of killer tracks, constantly building their fanbase, Adam and Clegg set out to tear into every show they play, and take their beloved audience with them. They might only use drums and guitar but the sound that Ghosts Of Men can create is unbelievable. The band said, “Our new track ‘Hang Fire’ captures that energy and drive that typifies our live shows. It’s true to what we do and we can’t wait to hear it on the radio.”

Royal Blood, White Stripes, Suicide, Black Keys, The Kills, Carter USM, the world of rock has seen a few two-piece bands that can overcome the perceived limitations of the a limited line-up, strip back to essentials and really bring the noise. In fact, Les Carter from Carter USM said, “Ghosts Of Men are amazing. People always said that my old band made a big noise for two people, we cheated though, we had backing tapes. Clegg and Adam take it to a whole new level. Awesomeness drips from every note.”

There’s a lot more to come from Ghosts Of Men, ‘Hang Fire’ is but the latest step from this truly spirited act.