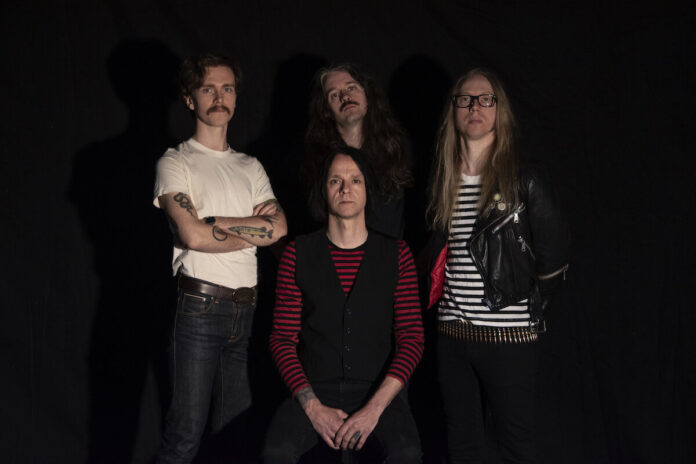 The band’s frontman Jakob Ljungberg comments on the new single:
“I Spindlarnas Klor”, roughly translated into “In the Claws of the Spiders”, is a fast paced story about a paranoid and/or pursued person at the brink of ruin. It follows the theme of “songs about horrific animals”, which we introduced on our previous single “Råtthamn” (“Rat’s docks”). The cover art is a chapter by itself. We organized a competition where everyone could materialize the vision that the title, the lyrics, and the intro of the song evoked in them. The victorious Victoria Waldhuber really captured something with her direct and effective portraying.”
Full Image
“I Spindlarnas Klor” is out on all streaming platforms on the 26th of November via Gaphals.