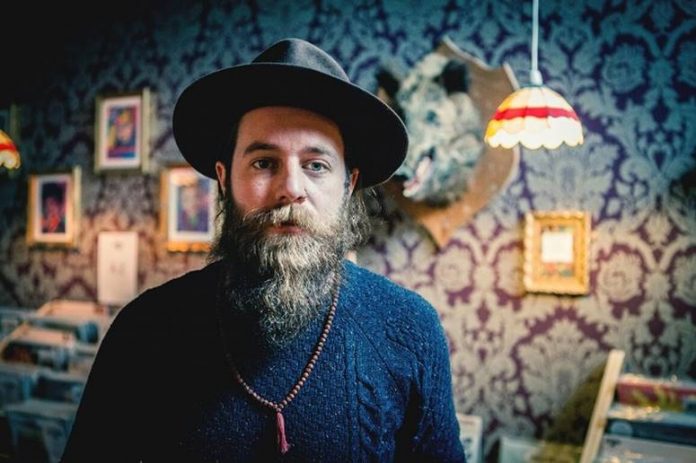 The genesis of Seafoam Green followed a chance meeting with Rich Robinson during recording sessions in Nashville.

O’Grady was invited by Robinson to open his US and European tour dates and soon the pair began writing and recording in earnest, leading to their collaboration on the stunning debut album.

Debut album ‘Topanga Mansion’ was recorded at 4th Street Recording in Santa Monica, California and is a fine collection of melodic folk and rock jam Americana with an all round warm sound that invites the listener into its intricacies. Encompassing O’Grady’s varied influences from Creedence Clearwater Revival to Aslan and Christy Moore, the sounds of Nashville, Irish storytelling and more recently the sounds of Liverpool where O’Grady currently resides, it’s a mansion in itself of extravagant beautiful musical décor.

“The first time I heard John Fogerty sing I was like “what is that!!?? and how do I do it?” says O’Grady and in tracks like ‘Down The River’ we can hear footprints of CCR as the track explodes with a whiskey-soaked, gospel-harmony, truck-driving classic rock power that’s just plain awesome. More melodic moments like ‘Celtic Wonderings’ shows another side with its contemplative accomplished folk finger-picking stylings and beautiful backdrop of pedal steel and strings and O’Gradys’ hushed well-worn voice rising above in a haze of wondering. “The thing I love about Irish folk music is the story telling, the poetic phrasing that passes through verses live waves over sand or stones, no two verses are the same as they are telling a different part of the story and project a different image.” Adds O’Grady.

2017 is shaping up to be a year of playing, travelling and meeting people for Seafoam Green and with Topanga Mansion coming out on double vinyl on Liverpool’s Mellowtone Records, O’Grady is coming out of the shadows with a quality of songwriting and music that will no doubt place him at the top of the UK’s Americana, folk and indie scenes.

Topanga Mansion has been supported by Merseyside Arts Foundation using funding from PRS for Music Foundation.