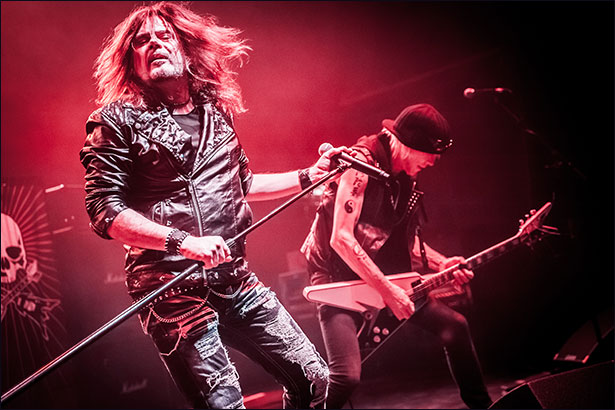 The award-winning, legendary guitarist Michael Schenker will embark on a nationwide UK tour with his band Temple of Rock starting at the Bilston Robin in Wolverhampton on Wednesday 20th January 2016.

A 48-Hour Planet Rock ticket pre-sale starts at 9am on Wednesday 29th April atwww.planetrock.com. Tickets will be available to the general public on Friday 1st Mayvia www.thegigcartel.com and the 24-hour box office: 0844 478 0898.

Schenker will perform tracks from his current studio album Spirit On A Mission which features the singles Vigilante Man and Live and Let Live.

Spirit On A Mission is a rapturous, explosive collection of brand new songs steeped in shades of dark and light. Musically and lyrically, the new album shows a re-energised guitarist at the top of his game, surrounded by some of the best musicians in rock.

Scottish vocalist Doogie White, who co-wrote the album with Schenker, soars across every song, and stamps his personality with every note and phrase, while Wayne Findlay adds a new level to Schenker’s classic sound with his Dean 7-string guitar and keyboard arrangements.

Spirit On A Mission was recorded at Kidroom Studios, Muenster, Germany; the same studio where 2013’s Bridge The Gap album was recorded. The album was produced byMichael Voss and Michael Schenker, and engineered by Voss.

The writing process and overall concept for Spirit On A Mission proved to be a fulfilling experience for Schenker and his band.

Says Schenker – “I always write in the same way but this time, especially driven by a precise concept. The picture was album balance for me and combine many years of emotions in one. I wanted lots of double bass drum to keep the fast songs rolling like a train with lots of energy covered with interesting elements, a couple of my UFO days-type of mid tempos and the 7 string low sound to get a very wide range of sounds and emotions.”