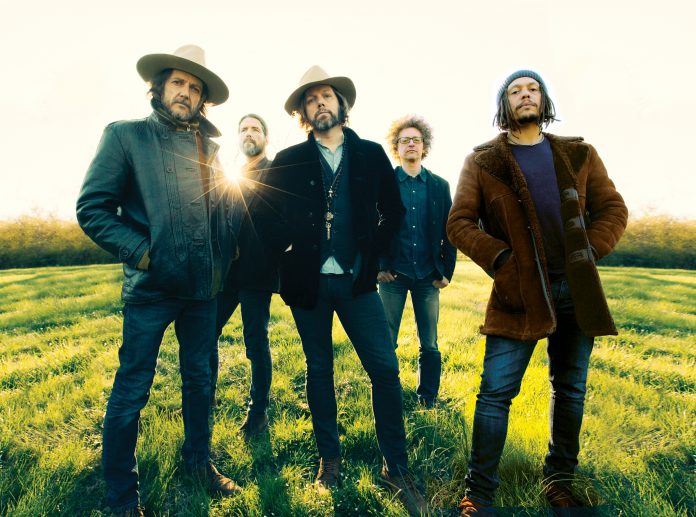 The Magpie Salute will be playing a special intimate 4 piece performance at OSLO, Hackney to celebrate the release of their debut studio album, ‘High Water I’ on 10 August, the day of the album release via Provogue/Mascot Label Group.

Pulled together by guitarist Rich Robinson, it continues a storyline he began in the Black Crowes with guitarist Marc Ford and bassist Sven Pipien. Meanwhile, vocalist John Hogg shared Hookah Brown with Robinson as keyboardist Matt Slocum and drummer Joe Magistro both joined him for solo records and tours over the years. The group represents a musical union of swaggering rock ‘n’ roll, psychedelic blues, and campfire-worthy storytelling, it also marks a reunion of musicians whose paths twisted and turned right back to each other.

Now, these six individuals conjure magic on their full-length debut of original material, High Water I [Mascot/Eagle Rock], for August 10th 2018 with High Water II to come in 2019. You can pre-order ‘High Water I’ here.

“It’s the recontextualization of playing with one another,” Robinson states. “When I was putting this thing together, I was thinking about how even though we may not have played for almost a decade, it just comes back immediately. The chemistry is unexplainable. Of course, I’m the same guy who played with the Black Crowes and wrote all of those songs, but this is a different context for myself, Marc, and Sven. It’s the convergence of three different worlds and eras for me. We’re all here together in this one place. Simultaneously, it’s amazing for Marc and Sven to play with Joe and Matt and John to be in the middle of it all. For me, that was really cool to witness. This is what I wanted to do.”

The Magpie Salute first took flight in 2016 when Robinson assembled the original ten-piece incarnation for a now seminal Woodstock gig. The group went on to sell out four consecutive nights at The Gramercy in January 2017. By the top of 2018, the band delivered a total of 77 seismic sets worldwide comprised of a 170-song repertoire of covers, Crowes’ tunes, and solo material. They unveiled their debut, The Magpie Salute (Live), topped off by one original “Omission.” By the time they retreated to Dark Horse Studios in Nashville with Robinson in the producer’s chair, the vision crystallized with the six-person lineup.

In many ways, the name reflects the spirit of The Magpie Salute.

“I’ve always loved the element of crows, but they have a dark connotation,” Robinson elaborates. “Magpies are revered by ancient and indigenous cultures around the world, because they walk that bridge between dark and light. A magpie is also a cousin to a crow. This band was a cousin to the Crowes last year. Now, there’s a superstition where you salute a magpie if you see him. It supposedly wards off bad spirits. A salute means, ‘We come in peace.’ That’s our goal. We just want to play together. It made sense.”