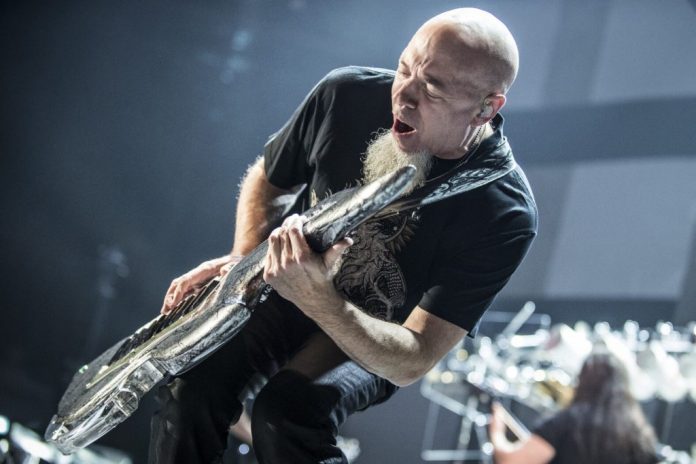 Mascot Label Group is pleased to announce the signing of Jordan Rudess. He is best known as the keyboardist/multi-instrumentalist extraordinaire for platinum-selling Grammy- nominated Dream Theater.

Rudess’ remarkable career began at the age of nine, when he entered the Juilliard School of Music Pre-College Division for classical piano training. By his late teens he had grown increasingly interested in synthesizers and progressive rock music, and against the counsel of his parents and tutors, he turned away from classical piano and tried his hand as a solo progressive rock keyboardist. After performing in various groups during the 1980s, he was invited to join The Dixie Dregs, with whom he performed until joining Dream Theater in January 1999.

He has been the full-time keyboardist with Dream Theater since the recording of 1999’s Metropolis Pt. 2: Scenes from a Memory. He has pursued numerous collaborations and solo projects throughout his career, beginning with his solo debut Listen (1993). A relentless innovator, Rudess released All That Is Now (2013), a solo acoustic piano recording which works interactively with his app, “Jordan Rudess Explores” and his orchestral album, Explorations which features a 50 piece orchestra. The Unforgotten Path (2015) was a collection of original tracks as well as a collection of acoustic piano covers of songs that have inspired his musical life.

He owns the successful App development company Wizdom Music, which has developed numerous award-winning apps. He is also Chief Music Officer at CME Music, creators of the acclaimed XKey mobile keyboard, as well as the Director of Music Experience for the London-based technology company, Roli Labs, creators of the Seaboard and is an active Artist in Residence at Stanford University’s CCRMA (Center for Computer Research in Music and Acoustics).

“With the Mascot Label Group I have found the perfect home for myself and my music,” Rudess said. “The Mascot Team are bright, dedicated, inspired and are clearly passionate about music and the industry. They create a climate of respect and support for the artist and I couldn’t be more excited about becoming a Mascot artist.”

“Jordan is an incredible virtuoso performer and artist,” said Mascot Label Group owner Ed Van Zijl. “I have admired him for a long time and we go back years. He is an exceptional and forward thinking musician and I am very happy that he is putting his faith in us with his new solo album, which will be released on our Music Theories brand.”