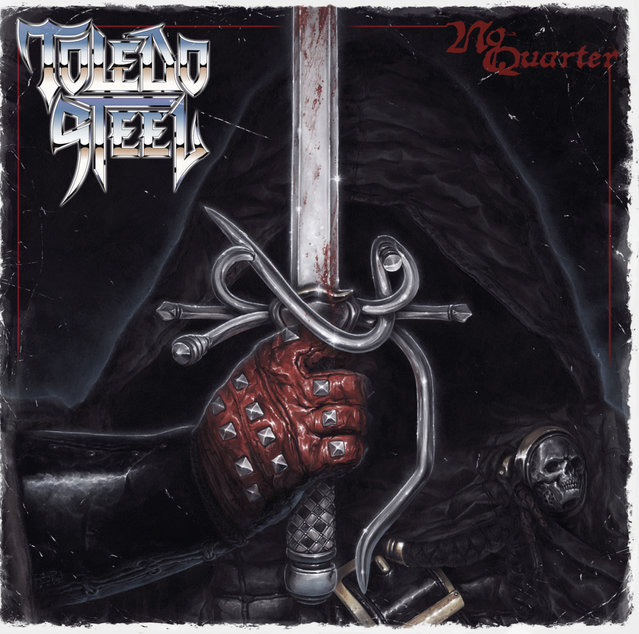 We are less than a month away before Toledo Steel‘s debut album ’No Quarter‘ is unleashed on the world!

Based in Southampton Toledo Steel have been conquering stages across the UK and Europe since 2011 with their own style of 80s influenced high energy heavy metal and have proved themselves to be one of the UK‘s leading forces in the New Wave of Traditional Heavy Metal.

You can now listen to the first single and title track of the album ’No Quarter‘ below!! You can also Buy and Stream the new single HERE:

And TOLEDO STEEL have announced a load of dates. Catch them here: