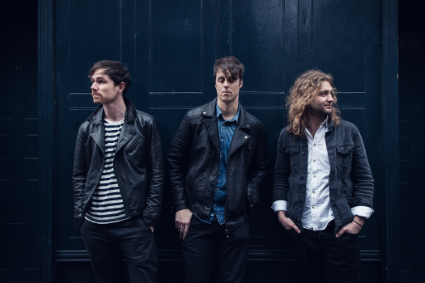 Debut EP on the way

Conceived in Hull and spinning tales of hedonism, love, and debauchery,Indigo Bones are a garage rock band that have rock ‘n’ roll oozing from their pores. Armed with dirty guitars, wailing vocals and frenzied riffs, the riotous trio deliver their self-titled debut EP on Friday 16th December. 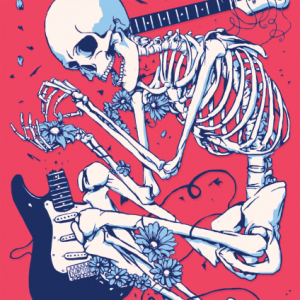 With the wind in their sails, the raucous riff maestros recently undertook a UK tour which has helped to garner a fan-base that is expanding by the day. The Northern rock crew are now braced for a speedy trajectory as they release their self-titled debut EP, armed with a barrage of shows penned for early 2017.

The band’s debut superbly opens with Vertical Sleep, a piercing, riff fuelled cut that hits you with a thudding verse section before Welburn and Swan’s dual prong vocal delivery sweeps over fleecy guitars and hammering drum lines.Delicate is probably the most dynamic track on the record; it infuses a soft melodic guitar riff and steady rhythmic backing, before exploding with the killer refrain “this is prescribed for bodies like ours, such a delicate arm…”. Next up, the dark growls of Silver Nosebleeds magnetise and are ideally complimented by an alluringly haunting guitar line that allows the song to crescendo to a stunning fuzz-soaked bass guitar climax. Elastic Patient drags down the curtain on the EP and showcases the trio’s raw punk edge, hammering your senses at breakneck speed with a flurry of frenetic drums and a wall of frantic guitar riffs.

Previous article
Hack Off
Next article
Get Korn-y