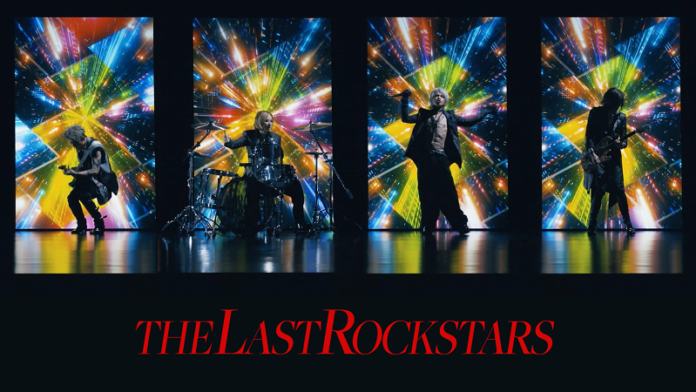 The four internationally renowned musicians – YOSHIKI (drums and piano), HYDE (vocals), SUGIZO (guitar), and MIYAVI (guitar) – are hard at work in the studio preparing new songs for their upcoming Live Debut tour in 2023.

The band’s first two concerts in the U.S. – February 4 at Hammerstein Ballroom (New York) and February 10 at Hollywood Palladium (Los Angeles) – have sold out. A second show in New York was just added on February 3 due to high demand.

With four sold-out arena shows in Japan, and all other U.S. shows sold out, the February 3 concert is the last chance to see the supergroup perform live on their first international tour.

Click here to get tickets for THE LAST ROCKSTARS on February 3 in NYC.

Each of the artists – who are all headliners in their own right and have toured internationally multiple times – is writing new material for the concerts, which will bring all their strengths together in an explosive combination.

The group announced their surprise first single just a few days before its worldwide release on December 23 via Melodee Music.

Despite launching during the crowded holiday season, the song immediately hit the #1 spot on the iTunes Rock Chart and All Genres Chart in Japan and reached the Top 10 in eight international territories (Finland, France, Hong Kong, Hungary, Macau, New Zealand, Norway, Taiwan).

The single is distributed globally by Melodee Music/Ingrooves Music Group. Melodee is a next-generation platform connecting artists and creators with their fans. Ingrooves is part of Virgin Music Group, the newly formed global independent music division of Universal Music Group.

Band leader YOSHIKI said, “We’re getting ready to rock the world, and we can’t wait to see our fans.”

The band’s first single “The Last Rockstars (Paris Mix)” was released on December 23, 2022, through Melodee Music. Their live debut world tour in 2023 will include concerts in Tokyo, New York, and Los Angeles.