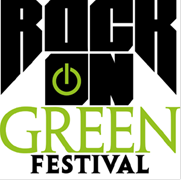 Divergent Concerts have announced the launch of a brand new one-day London metal festival for summer 2016.  The inaugural Rock On Green festival, which will be taking over the O2 Forum Kentish Town from 4pm onwards on Saturday 4th June, is set to present a packed bill of established names and rising stars from the realms of symphonic, power and gothic metal.

The first acts to be announced for this exciting new event are legendary Finnish soprano and former Nightwish frontwoman Tarja Turunen, who will play her first UK show for more than two years at Rock On Green, and the Swedish power metal/metalcore juggernaut Amaranthe.

Tarja Turunen is one of the most striking, and instantly recognisable vocalists in metal.  Rising to fame as the stunning, classically trained voice of symphonic metallers Nightwish, whom she fronted for 9 years, Tarja launched her hugely successful solo career in 2006.  An artist of incredible range, her solo catalogue includes both classical and symphonic rock releases, which have been awarded gold and platinum in multiple countries. Her adoring British fanbase can expect to hear her showcasing cuts from her forthcoming, as-yet-untitled fourth solo album for the first time when she comes to Rock On Green in June. Tarja comments, “I am super happy to start my new heavy/rock album tour in UK!! I miss the Brits.  Can’t wait to rock with you soon!”

Check out www.tarjaturunen.com for more info.

Amaranthe are a genre-transcending, forward looking, and daringly innovative sextet from Gothenberg, noted for their three lead singers, who mix clean vocals with death growls, and melodic death metal elements with big hooks. Their third album, ‘Massive Addictive’ instantly charted in six countries on release in 2014, even reaching number one on the US Billboard heatseekers charts. The tremendous reception to the album led to an extensive world tour, including several coast-to-coast tours of the USA, a tour all round Europe and Japan, let alone numerous one-off shows. They’re currently working on a follow up, to be released at some point in 2016. Check out http://amaranthe.sefor more info.

Further acts are due to be announced soon. Tickets are on sale now priced at £35 for downstairs standing, and £40 for upstairs unreserved seating/standing; the link is:-www.ticketweb.co.uk/event/gdp0406?camefrom=AMG_FORUM_rogf&brand=o2for