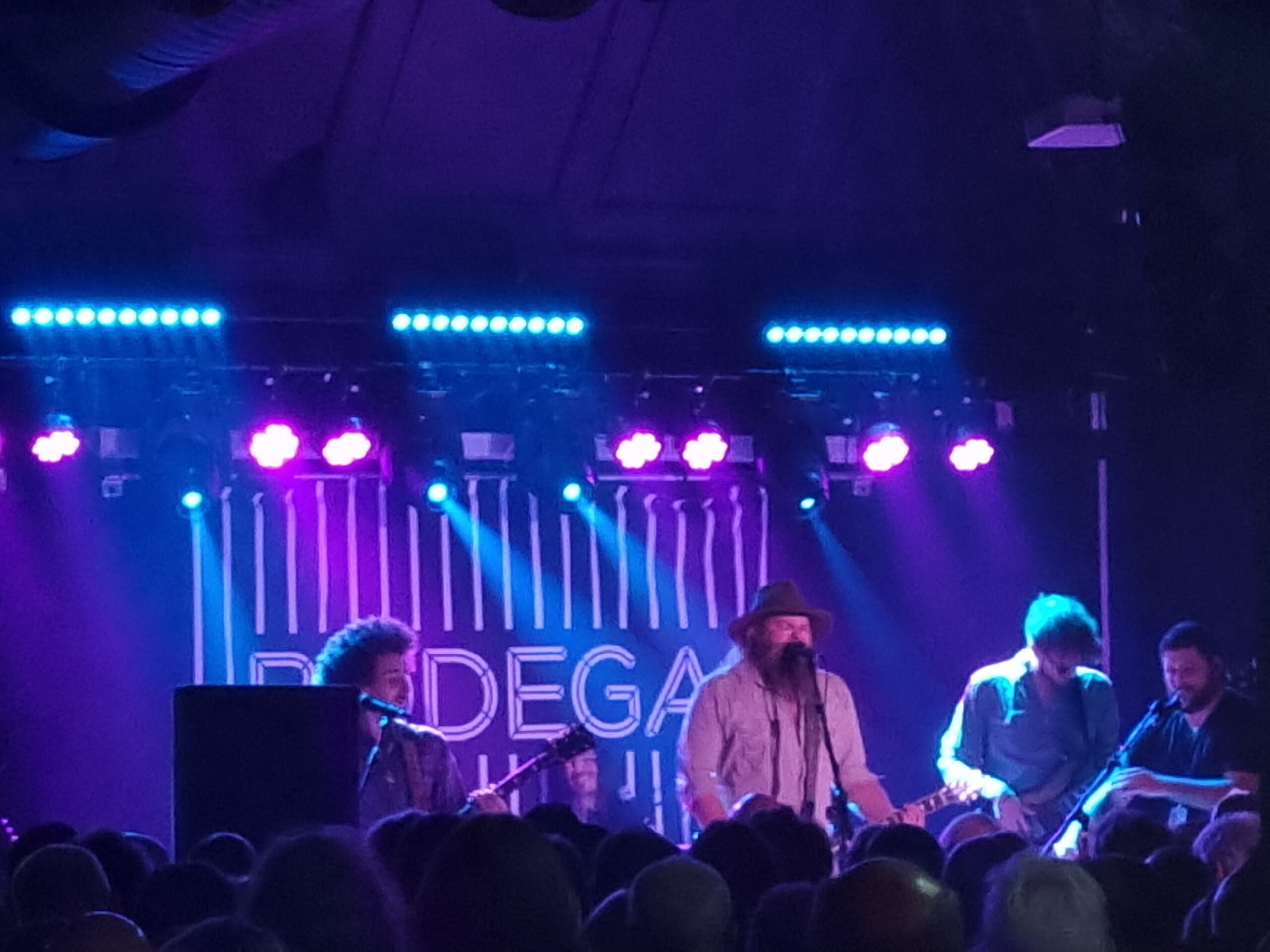 It’s interesting to listen to Troy Redfern live. I’d only caught him once before, but that was with a band. Here tonight, though, it’s a man, kick drum and his songs. He’s released albums like that too, and either style suits him. Like this tonight, he’s raw, reminiscent of Kelly Joe Phelps perhaps, but the quality of the songs allows the flexibility. “Falling Down” is a fine example of this, as is the work from his debut album “Backdoor Hoodoo” – and perhaps it lends itself to the back to basics approach. The work from his new album “The Fire Cosmic” is similarly pared down to the bare minimum and both “Ghosts” and the single from the record “Wating for Your Love” are totally different animals played in this way than ever they were on the record – which is only a month old. When we are dealing with Troy Redfern, we are dealing with an artist who has been the hardest working overnight sensation for the last decade and one which is both getting better and has plenty more to come. Given that for half an hour tonight he only relied on the power of his songs, it does appear that this is his time.

Let’s get ourselves to the end of Robert Jon And The Wreck’s set shall we? It’s not even that “Rhythm Of The Road” is the best song they’ve got – it’s a cracker but honestly, they all are – it’s more that it seems to sum them up (and whilst it carries the name of the band leader, this is a band, it really is).

There’s a verse in it that goes like this: So you got that power of soul?/You think you got the rhythm and the roll/ You wanna be a traveling band?/Pack up let’s leave/So get in the van

And when you watch them play it tonight, in the encore, in front of 250 of their nearest and dearest (it’s packed in The Bodega) a thought occurs: this is a group that needs, that absolutely requires as a genuine imperative, actually, to be on stage.

You can watch Henry James (and the fella is born to play lead guitar) cut loose and think: how the hell did they cope in lockdowns? The answer is this: they stuck out two albums. Two of the best albums of the decade so far, as it goes and when they play “Oh Miss Carolina” or “Everyday” as they do here, there’s a very real chance that what you’re dealing with is the masters right now of their craft.

That might seem like a stretch, given how many heirs to the Skynyrd throne there are, but here, with the likes of “Devil Is Your Only Friend” or The Allmann Brothers flavoured guitars elsewhere, as on “Work It Out” it feels right to make that leap.

More than anything, though, it just feels that this is a convivial band. A band that wants to be in front of anyone, a band that as one of their songs actually says is “Tired Of Drinking Alone”. Every night is a party, it seems.

These are a brilliant troupe, more than anything. One which is greater than the sum of their parts – and believe me the parts are special – Steve Maggiora with his keyboards is so integral to the sound for example – and when they jam on the closing couple of “Old Friend” and the utter showstopper of “Cold Night” which ends the set, they are jaw droppingly good.

A little before that they give another string to their incredible bows. The title track to their just released “Shine A Light On Me Brother” is delivered here, and even without the horns that are on the record, there’s no doubting the soul element of what they do. And soul – on all levels – is what this band has got. Ally this to honesty, integrity, hard work and wonderful songs and you’ve got something special.

What you’ve got is Robert Jon And The Wreck – and yes I know they’ve been around since 2011 – you are looking at the next big stars of Southern Rock.