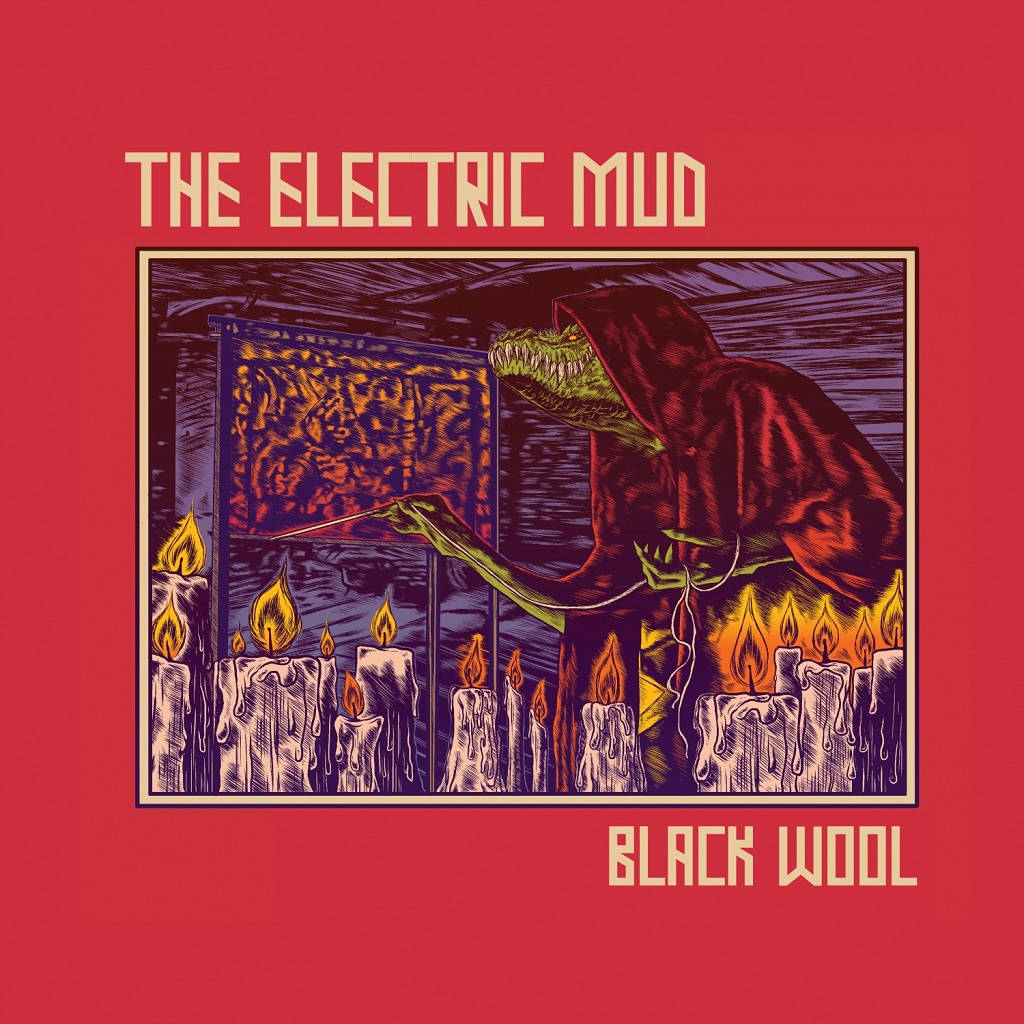 There are, I suppose, all kinds of ways that I could start this review – not least of which is that Electric Mud is one of the most descriptive band names this side of naming your sleaze band The Dangerous Toys – but nope. Not today.

See, “The Black Wool” has two original songs and two covers on. One of the covers “Albatross” originally by Corrosion Of Conformity, just happens to be one of my favourite songs. So two things: 1) lets get to it and 2) don’t mess it up.

They don’t. In fairness to Peter Kolter, Pierson Whicker, Tommy Scott, and Constantine Grim what they do to the thing of beauty is interesting. They turn it into one of their songs.

That is to say, when it comes to the 2021 version of EM, there’s a lot less swampy sludge and a lot more rockin and rollin’. They let their hair down more, in short. That seems to inform this one, listen to the way they cut loose before the end as proof, but also its shot through the Allman Brothers cover of “Whipping Post”.

In these hands, it thunders in truth. It’s not messing about. It’s turned into a jam of some power. So much so, actually, that you actually begin to feel for the “Good time buddy” that the two-timing girl has gone to.

The two original songs are even better, too. “Ordinary Man” is surely what the roadies were playing over the PA at a Blue Cheer gig in the last century. It’s meant as a compliment to say there’s nothing modern about it, not one bit.

The title track is even better. Massive, like a great denim clad mammoth striding the earth, but with a melody and a skill, this is the sort of track to lose yourself in.

Nothing more and nothing less than a study in what can – and perhaps should – happen when experienced musicians form a band in the tap-house of a brewery. I’ve not seen a picture of them, but I hope they’ve got beards, frankly.

Electric Mud then, I like them so much that I’ll let them cover “Clean My Wounds” next. If you know, and all that…..