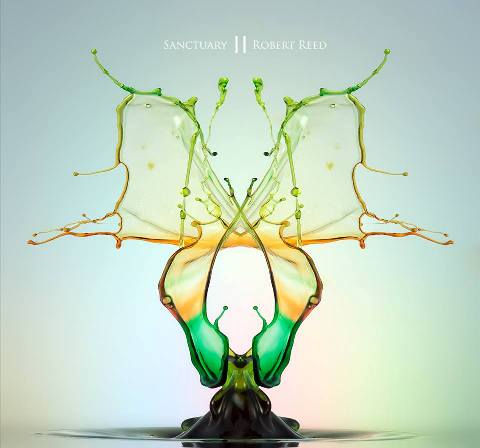 New album out in June

Tigermoth Records is pleased to announce the  release of the follow up to the acclaimed 2014 “Sanctuary” album by multi-instrumentalist and producer Robert Reed (Magenta / Kompendium / Kiama / Chimpan A).

“Sanctuary II” is produced, mixed and engineered by Reed, who also plays most of the instruments himself, although for this new album he is joined by legendary drummer Simon Phillips (Toto / Mike Oldfield/The Who) while the original “Tubular Bells” production team of Tom Newman and Simon Heyworth have once again made important contributions to the sound of the album.

Robert comments about the spirit behind the two Sanctuary albums:

“There’s a well known interview with Mike Oldfield in which he said that he was so disappointed that nobody had carried the torch forward that he had lit with ‘Tubular Bells’ – creating long form music; completely hand- played with real instruments; music that relied on emotion and melody; music you could lose yourself in. What I am trying to do with the “Sanctuary ”albums is to carry that ideal forward.”

“I wanted to do something different on this new album. I had played all the instruments on the first, so this time I decided to use real drums. There was one person at the top of my wish list, and it was  Simon Phillips. I grew up listening to Simon’s playing on Mike Oldfield’s “Crises” album, and went to see him play with Mike at Wembley. I could never had thought, then, that one day he would play on my own album. I feel amazingly lucky. His trademark sound is perfect for the album. It really has taken ‘Sanctuary II’ to another level.”

The album will be released as a 3 disc set. CD1 will contain the new album while CD2 includes unreleased tracks, remixes and Tom Newman’s alternative mixes. The third disc will be  a DVD containing the 5.1 mix of the album and various promotional videos.

The album can be pre-ordered from www.robreedofficial.co.uk

A vinyl version will also be available from www.planegroovy.com

The album will be preceded by the release of a digital EP “Marimba” on April 18th taken from “Sanctuary II”. The EP will contain 4 tracks and will be available from the Robert Reed band camp site.