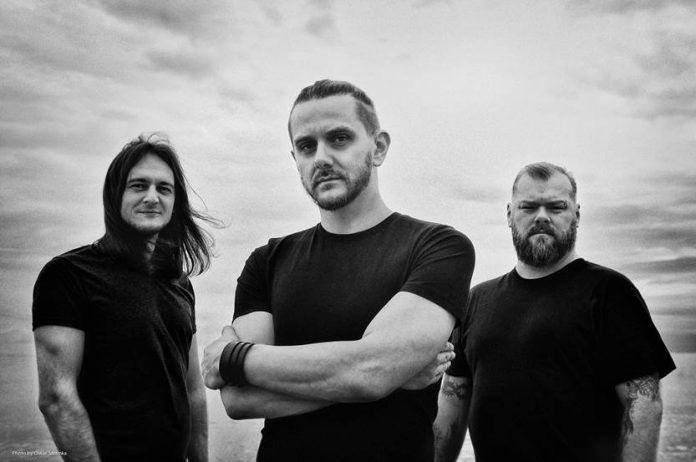 “Eye Of The Soundscape”, a complementary instrumental album by Polish Progressive Rock masters RIVERSIDE is released via InsideOutMusic as of now. The release features cover artwork by Travis Smith and includes 13 experimental and highly atmospheric compositions, which showcase RIVERSIDE’s ambient electronic side.

A video clip created by Tomasz Pulsakowski / Sightsphere for the new album track “Shine”
is being debuted today here: https://youtu.be/poAk9XgK7Cs

The release’s opening track and first single, “Where The River Flows”, can also still be checked out here: https://youtu.be/tBTZJLXOptM

RIVERSIDE’s Mariusz Duda checked in about “Eye Of the Soundscape” as follows:
“Friday was the release date of one of the most important albums in my career. Inspirations with electronic music, which I grew up listening to, are finally here in the form I have always dreamed of –
a full, long instrumental album. An album which will most likely disrupt a certain image of the band itself and will allow to look at what we have done so far from a greater perspective. When we were planning this Riverside release, I didn’t expect such turn of events. I didn’t expect an earthquake. But the artwork prepared by Travis Smith hasn’t changed because when we were making this album, we saw colours and we were overflowing with joy. It is, contrary to what you might expect, a very bright and hopeful release. It’s supposed to heal and inspire thought. In spite of all. Because life must go on. It’s for you Gru, and for all of us.”

“Eye Of The Soundscape” compiles all the special instrumental RIVERSIDE tracks previously used as bonus material for the “Shrine Of New Generation Slaves” and “Love, Fear And The Time Machine” albums, alongside rare cuts as well as 4 new songs (“Where The River Flows”, “Shine”, “Sleepwalkers” and “Eye Of The Soundscape”) into a massive playing time of +100 minutes, which is available as 2CD-Mediabook, 3LP (With both CD’s as bonus and an etching on Side F!) or as Digital Download.

The full track-listing for the release is as follows:

The album’s physical formats are available from the InsideOut Shop (Notice that the limited editions 3LP’s on white vinyl (100x copies) and on light blue vinyl (200x copies) are already sold out!) here: http://smarturl.it/eotsRiversideIOMshop