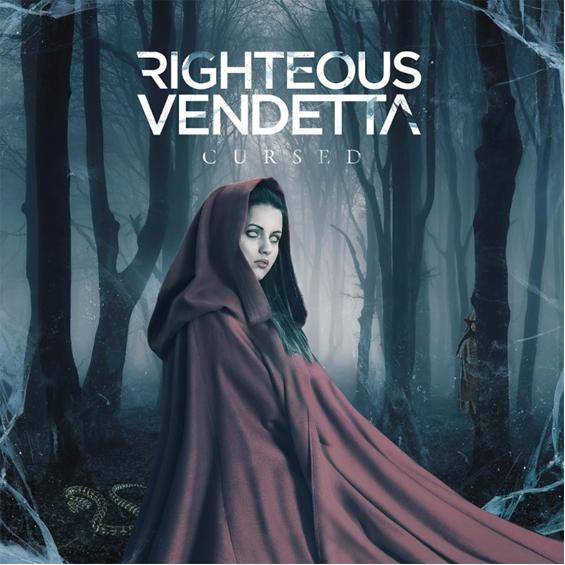 Wyoming-based Metalcore outfit RIGHTEOUS VENDETTA are proud to announce the release of their forthcoming studio record Cursed on March 17th via Century Media Records. The new album was produced by Mitch Marlow (In This Moment, Stitched Up Heart) and is preceded by the band’s 2014 EP ‘Defiance’.

Speaking on the creative journey behind the making of Cursed, the band states:

“After two years of writing and recording we are beyond excited to finally release this album with Century Media. For anyone that follows us, they know this has been a long process. But patience has paid off, because we feel that we have crafted the best album we possibly can.”

“We challenged ourselves and pushed our creative limits,” states frontmanRyan Hayes. From the riffy hard rock bludgeon of opening track, “War is Killing Us All” to the radio-ready hook-fest of “Weight of the World”, Cursed is the sound of a band moving from strength to strength. “We wrote 30, 40 songs and really figured out who we are in the process.”