Rideau Give It Their Best Bloodshot 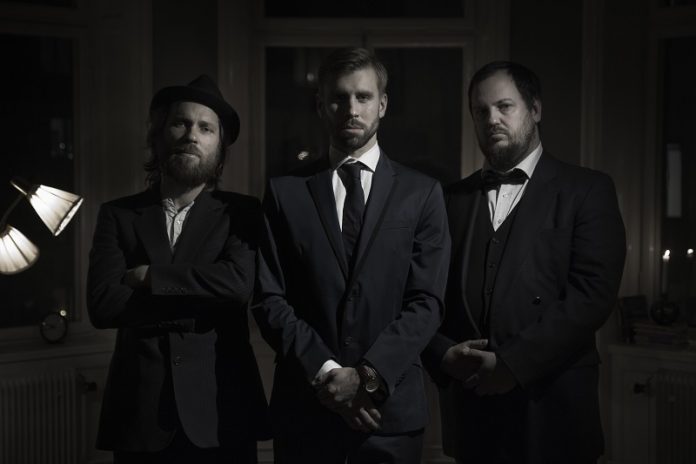 And they want you to relax

It’s not quite standard procedure for a rock record to start off with a hypnotic, soothing voice, commanding the listener to relax. Then again, swedish collective RIDEAU (which is french for “curtain“) isn’t your run-of-the-mill rock band either. Having established this misleading state of relaxation, the band immediately bursts out into ‘Ecstasy’, a high-octane hurricane of hardcore, punk and rock’n’roll. So much for laid-back listening.

Hailing from the greater Örebro area, the city that already produced punk rockers like Millencolin or grindcore greats Nasum, singer Gabriel Öberg and guitarist Carl Magnus Palm started their new outfit back in 2013, after their former group Insekt fell apart due to their singer’s vocal cord problems. Gabriel quickly switched his bass for a mike and began with Carl to rework previous song ideas by adding some exciting new touches and elements.

„When it comes to musical references I see ourselves in the swedish rock tradition of bands like THE HIVES and REFUSED, combined with some american stuff like THE BRONX. You may also find bits and pieces of KVELERTAK in the mix“, says Gabriel about the sounds that shaped RIDEAU and their self-titled debut album. But there is a lot more to their music than being just another hybrid of high-energy rock, punk and metal.

Take, for instance, ‘Reverend Bob’, a song that starts off with a distant slide-guitar and an almost rusty americana feel to it, before this Howlin’ Wolf-in-sheep’s-clothing turns into a full blown post-apocalyptic punk blues anthem. Elsewhere RIDEAU aren’t afraid to demonstrate that they are fine with hooks as well, as songs like ‘The Bull And The Dove’ or ‘Bloodshot’ prove, combining full-frontal furiosity with instant catchiness. The album’s closing track ‘December’ even takes things another step further. Clocking in at almost 10 minutes, it’s as epic and cinematic as punk rock can get. Damn it, it even features a sexy saxophone!

Whereas the album, which was co-produced by the band and Sebastian Forslund (Blackstrap, Vanbot) and mixed by Jens Bogren (Arch Enemy, Kreator, Between The Buried And Me), was created with the help of numerous guest musicians, Gabriel and Carl meanhwile have been joined by another former Insekt bandmate, Kristofer Sundberg, on drums. With the core of RIDEAU being a three-piece for now, the band already can count on a (r)evolving cast of bass-players and additional guitarists to join them on stage.

Over the course of the last two years RIDEAU already have played over 50 shows, including their first sold out US gig at Webster Hall, New York City and most recently as support act for fellow swedes Royal Republic on their latest sold out german tour. Guess you can call that a proper warm-up. Be prepared for a lot more, when RIDEAU’s self-titled debut, released through Mutiny Records/OMN, will hit the shelves on April, 1st.

It’s time to raise the curtain…