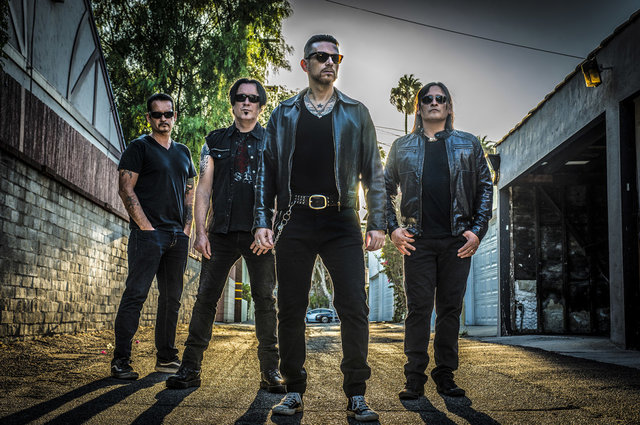 Ricky comments: “This song sums up my childhood….and I’m sure a lot of people out there can relate to the sentiment behind it.”

Sam Robinson, who wrote the lyrics to the song adds: “My world of music was far detached from that of my peers. My father’s tastes outflanked both The Beatles and The  Stones. When I dropped the needle on Connie Francis, The Everly Brothers, Johnny Ray, Sinatra, Springfield, Guy Mitchell and of course Patsy Cline crackled and sparkled from the old beaten up record player that was one of their most prized possessions. Recovering from illness in his late forties both he and I would cycle to Island Hill, talking and laughing as we went. Those times brought us so close together I can remember them as if it were yesterday. On the morning I sat there (four decades later) thinking of him when spontaneously Crazy came on to the car radio I found myself writing this song almost instantly on the back of an envelope. Showing it to Ricky and seeing his reaction I knew that these were his Saturday nights too. Ricky’s dad sadly passed away this year, so the words, the emotions and the memories that this song evokes I in turn dedicate to my mate, because I know that just like him if I could have just one more night, i know that I’d still choose, when Patsy Cline was crazy………..and Guy Mitchell sang the blues. “

Order the double album ‘When Patsy Cline Was Crazy (And Guy Mitchell Sang The Blues)’ / ‘Hearts On Trees’, below:

Previous article
The Evil That Pop Do
Next article
Smokin’ Tour