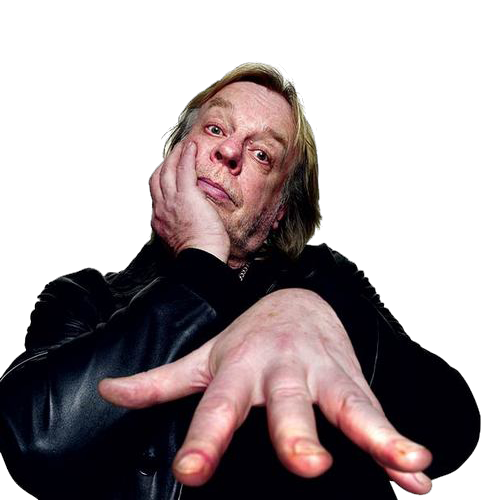 August 10, 2016
Reading time: 12 min.
Facebook
Twitter
Pinterest
WhatsApp
Linkedin
Email
Print
Telegram
Copy URL
By Andy Thorley
Loads of new stuff on the way
As prolific as ever, keyboard icon Rick Wakeman will be releasing 5 new titles on the RRAW label through Gonzo MultiMedia in Summer/Fall 2016! Best known for his work with progressive rock legends YES, as well as his illustrious solo career, Rick Wakeman’s four new titles to be released are “Starmus 2015”, “Phantom of the Opera”, “Gastank”, “Gospels” and “Rainbow Suite”

Rick Wakeman “Starmus 2015” (with guest appearance by Brian May)
Starmus is festival of music and astronomy on the beautiful island of Tenerife. It is the brain child Garik Israelian (The astrophysicist who led the team which found the first observational evidence that supernova explosions are responsible for the formation of stellar mass black holes). Rick Wakeman has made several appearances at this festival. The most notable was in 2015 where he was joined on stage by Dr Brian May, the iconic guitarist from Queen, where Rick Wakeman and English Rock Ensemble performed amongst other tracks from throughout Rick’s career a legendary version of Starship Trouper. This DVD is a must for all fans of Classic Rock!
For more information:
http://www.gonzomultimedia.co.uk/product_details/15956
Release Date: 29th July 2016

Rick Wakeman – “The Phantom of the Opera”
The legendary 1925 Lon Chaney film is brought to life with a specially commissioned Rick Wakeman soundtrack. This is the first time this version of the film has being issued on DVD, as such the images have been fully restored and the sound track remastered. The DVD also has several bonus features; Rick Wakeman commentary, Christopher Lee introduction Rick and the Phantom – featurette, original trailer. The soundtrack double CD is the original Rick Wakeman unedited soundtrack and contains the original mixes of the songs which are different to what eventually appeared on his album “Phantom Power”. There are two versions of this project available:
Special Limited Edition boxset containing
Single DVD
Double CD
Signed by Rick Wakeman
and numbered certificate
2 x Reproduction Lon Chaney
10˝ x 8˝ photos
4 x A4 Reproduction “Lobby Cards” taken from the original artwork
Standard Edition
Single DVD and Double CD
For more information:
http://www.gonzomultimedia.co.uk/product_details/15959/Rick_Wakeman-Phantom_of_the_Opera_Deluxe_Box_Set.html
http://www.gonzomultimedia.co.uk/product_details/15957/Rick_Wakeman-The_Phantom_of_the_Opera.html
Release Date: 5th August 2016

Rick Wakeman – “Gastank”
Gastank was an English television show that aired between 1982–1983 on Channel 4. Hosted by Rick Wakeman the show featured a mix of interviews with 1970s musicians and impromptu performances where the guest artist would join Rick and his house band in playing re-arranged versions of their classic songs, or entirely new pieces created for the show. The format was very informal with the setting likened to a bar where Wakeman would interview the guest over a drink or two followed by their performance in front of a small studio audience sitting in groups at tables. Wakeman would frequently cite the show as an opportunity for musicians from different bands to get the opportunity to work together. During its run, the show featured guests as diverse as Ian Paice, Steve Hackett, Andy Fairweather Low, John Entwistle, Godley and Creme, Eric Burdon and Phil Lynott. Now for the first time on DVD all the episodes of Gastank along with a CD of these now seminal music performances of Rick and his guests.
Special Limited Edition Boxset containing
Double DVD and a Double CD
Signed by Rick Wakeman
and numbered certificate
Gastank T Shirt
Rick Wakeman – The Gastank Interviews book
Reproduction AAA pass
Standard Edition
Double DVD and Double CD
Available to pre-order from www.rickwakemansmusicemporium.com
For more information:
http://www.gonzomultimedia.co.uk/product_details/15960/Rick_Wakeman-Gastank_(DVD).html
http://www.gonzomultimedia.co.uk/product_details/15961/Rick_Wakeman-Gastank_(2CD).html
Release Date: 16th September 2016

Rick Wakeman – “Gospels” (Deluxe Box Set)
The Gospels evolved because Rick Wakeman was asked to perform at an organ recital to raise money for the Camberley United Reform Church, which was in desperate need of a new organ. Rick pondered what to play and the more he thought about it and what the evening should mean, the more he felt that something very special was about to take place. Thoughts of the New Testament kept creeping into his mind and he decided to write an instrumental piece to the settings of the four Gospels. He began working but after a couple of hours realised that there was no way he was going to get across the feelings he wished to portray without singing. The music seemed to cry out for an operatic tenor. Amazingly enough, just a few weeks earlier, Rick had met the famous tenor Ramon Remedios at a charity concert in which they both performed and he plucked up courage to ask him if he would kindly agree to perform the New Gospels with him. The concert was a tremendous success and Ramon’s feeling and understanding of the music moved many people to tears. The complete Gospels is a limited edition box set containing all the known recordings of the project both audio and visual. Along with a reproduction A4 x 12 page concert program.
Special Limited Edition Boxset containing
Signed by Rick Wakeman and numbered certificate
DVD containing over 2 hours of footage including an in depth interview with Rick about the project.
Double CD 1, The Original Gospels – with Robert Powell as the Narrator
Double CD2, The New Gospels DVD / CD of The Gospels performed live in California – never seen before
Reproduction A4 x 12 page concert program
For more information:
http://www.gonzomultimedia.co.uk/product_details/15963/Rick_Wakeman%20Gospels_(Deluxe_Box_Set).html
Release Date: 21st October 2016

Rick Wakeman – “Rainbow Suite”
This is a brand new orchestral piece written and performed by Rick Wakeman and the Orion Orchestra. This is a specially written piece of therapeutic music designed for people with an Autistic Spectrum Disorder to enjoy as well aficionados of good quality instrumental music. This is Rick and Orchestra at their finest !!!
Available to pre-order from www.rickwakemansmusicemporium.com
For more information:
http://www.gonzomultimedia.co.uk/product_details/15964/Rick_Wakeman-Rainbow_Suite.html
Release Date: 25th November 2016
Catch Rick Wakeman on tour with ARW (Jon Anderson, Trevor Rabin & Rick Wakeman) this Fall 2016! http://www.arw-tour.com/
Rick Wakeman’s official website: http://www.rwcc.com/
Previous article
Holy Psych!
Next article
Geezer Got Legs