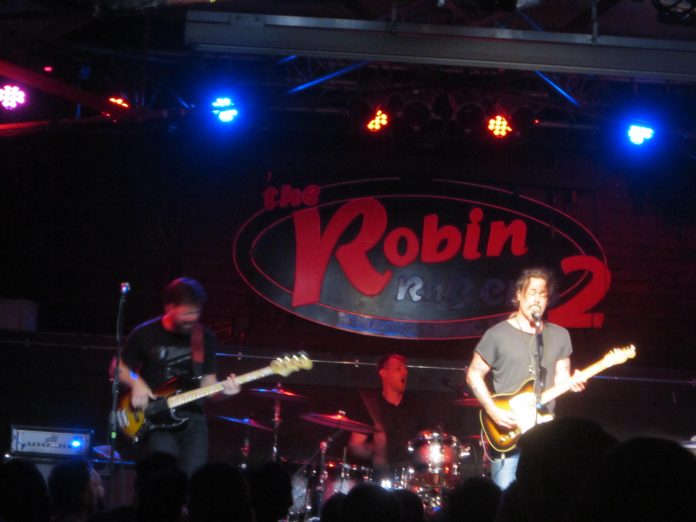 I only ever skipped two classes in my life. One was a general studies lesson at senior school when I decided to go to the park and watch a football match my mates were playing. I was caught by my mum, who was walking the dog at the time. The other was a couple of years later, when rather than attend to English Lit one Monday morning at college, I queued up outside Music Junction record shop in Solihull to buy Poison’s “Native Tongue” album.

The record was their first with their new guitarist Richie Kotzen, who had replaced CC Deville, and whilst Kotzen probably doesn’t look back on that time with as much fondness as me (and he most certainly doesn’t play “Bastard Son Of A Thousand Blues” tonight) it nonetheless provided a first glimpse into a solo career that is somewhere towards prolific and a talent that burgeons.

Famed for his work in Winery Dogs and Mr Big he’s probably prouder of a back catalogue that it is impossible to keep up with (and a personal favourite of mine was the Forty Deuce album from the mid-2000s, with a song on called “Oh My God”) he’s here in the Black Country to try to distil that career – and there are a few from his most recent “Salting Earth” into 90 odd minutes.

As always with Kotzen, Dylan Wilson and Mike Bennett are as integral to the sound as the guitarist himself. “Your Entertainer” comes in with a great big swaggering ballsy, bass from the former, while the latter is as good a drummer as there is, and they are a power trio in the classic tradition.

“Bad Situation” is funky as you like, while on “Love Is Blind” I wander to thinking of another Richie – Sambora – and his criminally underrated solo stuff that is hewn from this same clay.

The overriding thing about Kotzen is that he keeps it simple. His music does the talking. And if personally he’s understated then his playing is not. “Fooled Again” is hard rock, but with a blistering solo and “Socialite” (somehow now 24 years old….!) is an excuse for the band to jam, showing their skills as they do.

Kotzen then sits at the piano for a couple. The fragile – and seldom aired – “The Road” and “Meds” from the new album showcases a rather more soulful side than you might associate with him.

“War Paint” is more the usual stuff, while the encore of “Damned” –  a recent single – and “You Can’t Save Me” is the signal of an artist with plenty to look back on, sure, but plenty to offer.

This show is all those things, and it actually sums up Richie Kotzen perfectly. It – and he – is all about the music. The flashy side of rock n roll is perhaps not for him when he’s playing his own material. Instead, he, Wilson and Bennett are perfectly happy under the radar and away from the glare of the spotlight. Speaking in their own native tongue, as it were.