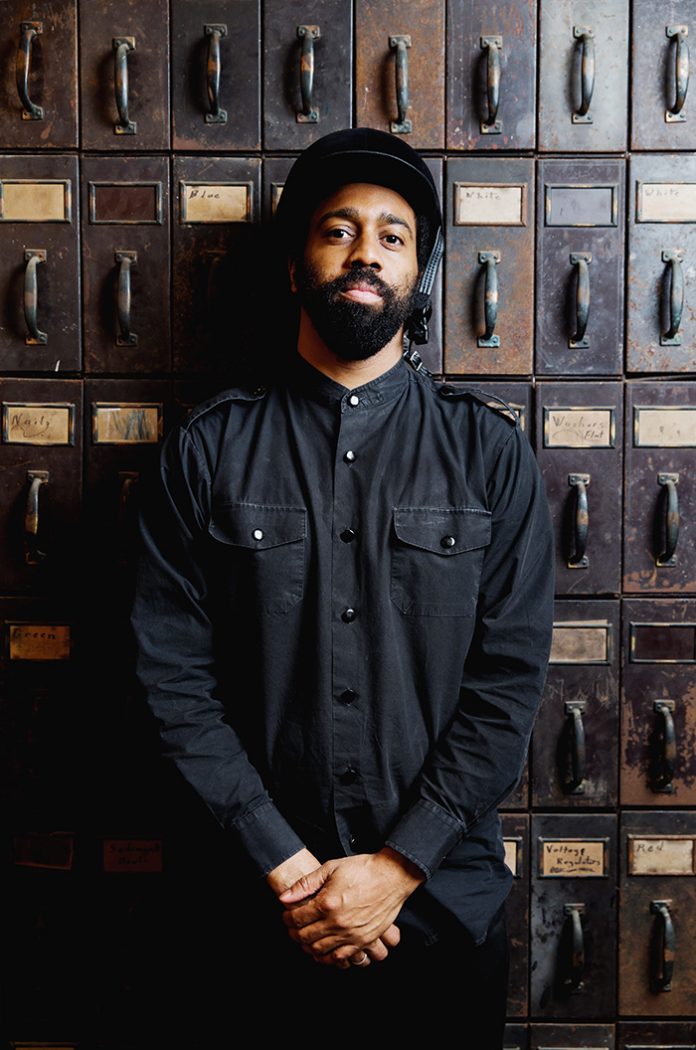 Canadian singer/songwriter, AHI (pronounced EYE) is today sharing his new single, ‘Made It Home’, the latest to be taken from his forthcoming album ‘In Our Time’, due for release via 22nd Sentry/Thirty Tigers on August 10, 2018. The new single trails the Clash-approved ‘Breakin’ Ground’ – AHI’s first release since performing at Nashville’s DIY Musician Conference 2017, where he drew the attention of NPR who would go on to invite him in for one of their esteemed Tiny Desk Sessions in January 2018. AHI will support the forthcoming release with a string of UK dates to be announced shortly.

With the new single, ‘Made It Home’, AHI intertwines his soulful vocals with a heedful and attentive way with words. The father of three, here, reflects upon the foundations of what defines his disposition, capturing vivid lyrical imagery, set against a soundscape of violin and poised guitar. Refusing to remain lampooned to any single lyrical theme, AHI here evidences another piece to the autobiographical album, ‘In Our Time’.

AHI’s 2016 independent Canadian debut ‘We Made It Through The Wreckage’ was released digitally worldwide in January 2017. Without any promotion, publicity, marketing or budget to pull from, AHI’s songs were gradually discovered, reaching and converting one new fan at a time. His intimate and captivating live performances only enhanced and accelerated interest. The album began to receive recognition in Canada and beyond with AHI winning the 2017 Canadian Songwriting Competition award for Folk/Singer-Songwriter and the 2017 Stingray Rising Star Award for his infectious song ‘Ol’ Sweet Day’, a song that would make the Billboard Spotify Viral 50 Chart and go on to receive over 2.5 million streams.