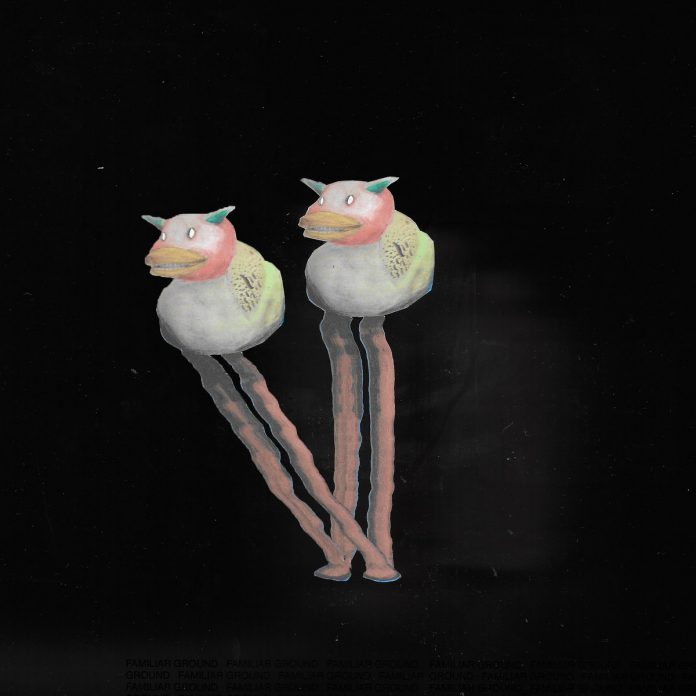 I knew nothing about Zooni but a quick trawl on the internet and I find that they are an Alt-pop, art rock quartet from Brighton comprising Peter Martin, George Godwin, Ben Clark, and Matt Glasbey. Again, relating to their name, their social media site states “Ask Google and you will get a variety of answers a native American tribe, six cardinal Indian fetish’s or an English alternative band who sound like Wayne Coyne fronting Grizzly Bear.” They have previously released a couple of EPs`s and have their third four track EP “Familiar Ground” out this month.

`Dissolve` opens up this extended play and we have a drum beat that drives this song along. The vocals are quite fragile and detached and shared over some interesting synth keys and beats. It stops and starts to good effect and although the lyrics are quite imaginative, they seem to relate to a romantic aspiration who leaves you helpless. There`s more of a curved ball with `The Details` it seemed a little unorthodox. A steady drumbeat, guitars played slightly off kilter and the delicate vocals swirling in and out gave it quite a mesmerising feel. A song written about a time when everything was going a bit wrong and needed to be put to rights.

`Cascara` is a wonderfully trippy affair with a shuffling beat and quite angelic vocals riding alongside some fascinating synth key refrains, seemingly about situations where one overthinks everything. The title track `Familiar Ground` is a quite lethargic offering initially with some slightly distorted guitar chords and leisurely vocals before taking a more aggressive and noisy tone towards the later part.

I really enjoyed this introduction to Zooni and will certainly check the other releases they`ve already put out. They`re described as an alt-pop band that mix hypnotic beats with delicate piano, angular guitars, and haunting vocals. A fair appraisal but they seem to also have a little something that I can`t quite describe, certainly one to watch out for.

Previous article
JOHN GETS TO WORK
Next article
SICK NEW ONE