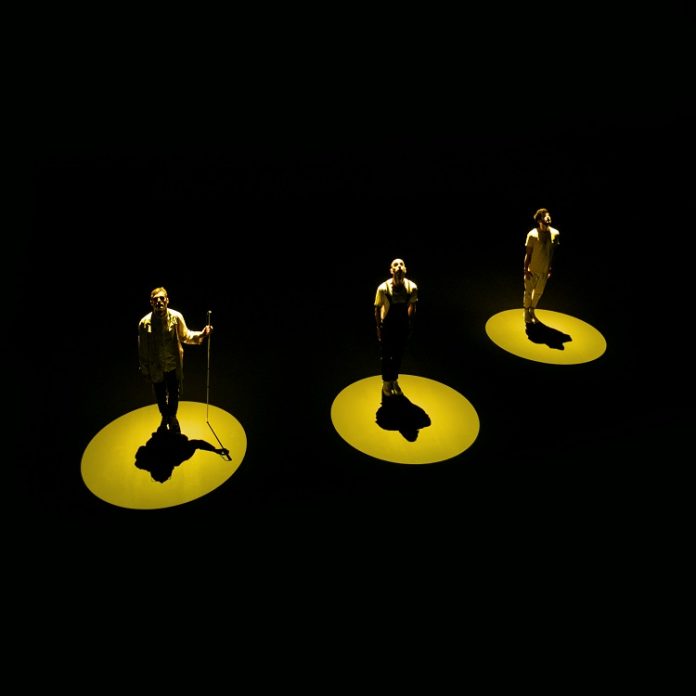 I was at a pub quiz the other day when only seven teams knew the intro to “Johnny B Goode”, so whether these words have any relevance anymore, I don’t know, but Chuck Berry once said something to the effect that:  “It used to be called boogie-woogie. It used to be called rhythm & blues. Now, they call it rock & roll.” If I may paraphrase the great man, then once they called it pop, now they call it rock.

“Pop” it must be said, is only a derivation of “popular” after all – and you’d best believe that X-Ambassadors are that. Goodness me, “multi-platinum” says the press release, and they are. Their last album was a top ten effort in their homeland, and as sure as the sun will rise tomorrow then this is going to follow it.

But then the press release also says they’re a “rock” band and with the greatest respect to the three men that make up X-Ambassadors, however interesting “Orion” is, then its not what I define as that.

The key word, though in the above sentence is “interesting”. Forget all the genre classifications. Because if their obvious chart dwelling brethren, like Daughtry and Maroon 5, are about as dangerous as night out with your great aunt, this has a lot more about it.

That much is clear from the pulsing “Hey Child”, which lays bare a childhood friendship that endures through some very bleak times. The whistles might be happiness, but the lyrics “I ain’t even heard it, think you deserve it, how did it end up like this? It will be fine, if you get through tonight, are anything but.

And, that, actually is why these 12 songs are as compelling as they are. There is an R & B (the modern sort, not the stuff Chuck Berry was on about) flavour to “Confidence” as K-Flay – who similarly blurs the lines and makes me like things I didn’t think I was going to) appears to add her cool, but the vibe is confessional, as if Sam Harris is wrestling his own demons here.

Now down to a three piece as lead guitarist Noah Feldshuh is currently absent, they’ve replaced the lead with a Prince like tinge to the brilliant “Quicksand”.

There was a moment – and I’ll  be totally honest here – when I wasn’t going to review this record, so far out of my usual comfort zone. The one that made sure I was going to is “Zoom”, which is one of those that I listened to on the way to work and was still humming three hours later. It’s angular, almost industrial guitar and chorus with insanely annoying or unforgettable (you choose) has got “gold disc” written all over it.

The piano and electro drums of “Rule” rather hide some powerful messages in its falsetto delivery, and on a collection that is genuinely full of surprises then an acoustic ballad in the manner of Goo Goo Dolls “Slide” still manages to raise eyebrows. “History” is just that, though.

There seems to a kind of Gospel thread running through some of these. “Recover” brings it to the forefront, and Harris’ vocal style makes it seem as if he’s talking to you rather then singing, giving a sense that we’re all in this together.

“Wasteland” doesn’t sound too dissimilar to Gaslight Anthem’s later work, and it has a stadium bothering intention. Good luck to them, too, because its not as if they’re hiding it. But neither are they playing by the formulaic rule book. “Shadow” broods, as if its just sizing you up, and it feels, really as if everything has been aiming for the peak of the soul-fuelled “I Don’t Know How to Pray” when the desperation comes through. The ending to this one is truly sensational.

“Hold You Down” is the sort of thing that is going to be the “one” for everyone who thinks they have found “the one”. The first song at goodness knows how many weddings in the next few years, and fair enough, it does its job.

So bleak is “Orion” though, that I am willing to bet the happy couple in that one is the same pair in “Happy Home” where the “fairy tale” has turned to shit. “Where did we go wrong?” it almost pleads.

Pop music with absolutely no happy ending? The one where it all ends bad? That’s not the pop music I remember. X-Ambassadors are the antidote to all the bland X Factor driven tat. Popular just became rather fun, by virtue of these songs being no fun at all.