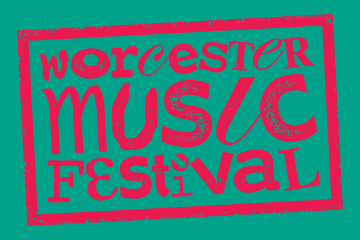 Our man Steve was at the Festival, here are his highlights

This was an excellent venue for some afternoon alfresco sounds as could be seen from the large crowd assembled and the food was excellent as were the staff.

We Signal Fire – An Alt Rock four-piece from Manchester who unlike some of their peers they don’t follow the Britpop sound of their elders. This is a good tight band and singer Chloe has an excellent voice. Their songs are very well constructed with memorable choruses and the rock riffs with the melodic vocal make for an interesting proposition. They can all play very well and there are many songs where the whole band has a chance to shine.

‘When The World Starts To Break’ is something that just sounds fresh and exhilarating. I look forward to seeing what the future holds for these guys as their set seemed to be over far too quickly.

Mischa & His Merry Men are on later then billed but they have travelled a fair distance to give their time for this worthy cause.

Despite being a few merry men and women down they play a lively set moving from folk, indie, country, reggae, funk and even threaten to throw in some rock to complement the previous band.

There songs are full of social comment and wit and the rapport with the audience is infectious. Mischa said they would play until the police arrived and the siren 2 minutes later couldn’t have been better timed.

The melodic bass was excellent and the mix of acoustic and electric guitar threatening blues and metal solos at any moment worked well. Even just as a four piece they make an great sound and I will look out for them when I am down south as there larger line up must be awesome.

Flying Ant Day – I had heard a lot about this band from friends so was pleased we were on the same bill. This is a band of accomplished musicians playing a mix of 60s garage, 70s new wave and 80s indie. To me there are lots of influences such as blues, the doors, rockabilly, garage rock, joy division/new order and the post punk of talking heads and the gang of four.

The singer is a quirky character with a music stand for the lyrics which may be needed due to the number of words he has to deliver. The songs sway between dark love and loss songs to smartly delivered pop tunes to blues like grooves. At one point the singer says that was two slow songs where people die now we are going to play two uptempo ones where no one dies.

The arrival of the dancing female Vikings running the collection for the festival’s homeless charity in last song aptly titled ‘Flying Ant Day’ make a great spectacle to a well delivered tight set.

Kick the Clown – Kick the Clown are four young lads from Worcester who after just over a year together released their debut single Car Bomb’ at the O2 Acadamy 3 in Birmingham. Whilst they are classed as punk rock they clearly have many musical tastes from Hip Hop, to Rock, to Punk to Death Metal, and even Jazzy stuff.

A large crowd of friends and parents descend on the venue just prior to their set and the band and audience are raring to go when the time arrives.

KTC play a mix of their own songs such as their recent single and songs such as Gobshite and an interesting mix of cover versions, They start with “Killing in The Name” by American rap metal band Rage Against the Machine and then move into their own numbers which are tight and well rehearsed and they get a great crowd reaction. They throw in the first punk single ever released in New Rose by the Damned and later Skepta’s Shutdown.

Given the crowd reaction, it is no wonder that in little over a year Kick The Clown have gone from playing small family festivals and pub back-rooms to enjoying playing dedicated music venues.

A great afternoon and I will definitely take in more of the festival next year.