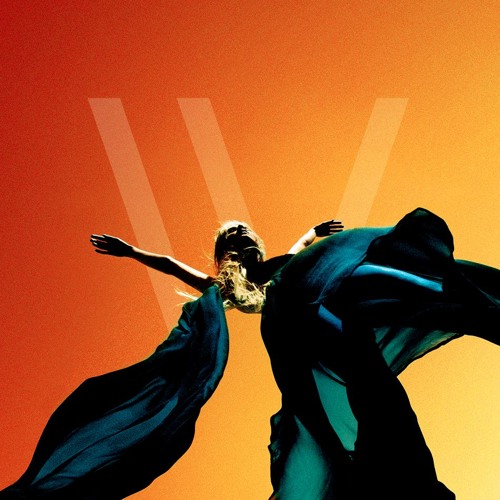 A music site like MV is lucky enough to be sent hundreds of album’s a week. This means we can only review a tiny percentage of what comes, which also conversely means that only ones we like get reviewed.

When this, the debut full length record from Washington (the rainy one in the Northwest – not the White House one) three-piece Wild Throne arrived it said all the right things. The blurb talked about bands like Mastodon, Queens Of The Stone Age, but also mentioned a classic rock intent which put it in with acts like Judas Priest. Oh and they are a trio – and there’s never been a bad trio, right?

That was enough to float the boats here, so we put it on.

Now, there are records that you can get instantly get a handle on and writing 500+ words is a pretty easy task. Then there’s this: “Harvest Of Darkness” has been out in their native US for a year and we’d bet right now that even after 12 months no one can adequately explain what is going on.

“Original” and “ground-breaking” are phrases that people in music love to toss about with abandon as everyone tries to find something new, but it’s like this – and with no hyperbole whatsoever, there simply isn’t a band that sounds like Wild Throne. The problem is writing the phrase: “this is brilliant, check it out for yourselves and make your own minds up”, is kind of frowned upon when penning a review – but its all we’ve got. Simply you try and make sense of it.

Sure, there’s hints of At The Drive In (with whom, in Ross Robinson, they share a producer) a touch of Protest The Hero maybe, the odd nod to Mastodon and a classic rock stomp, but its all done in such a way that you never, ever settle and never know what on earth is coming next.

Indeed, the only thing we can say for absolutely certain is that “…..Darkness” is absolutely relentless. And bewildering. There are more riffs in the five minutes of the opening title track than most bands manage in a career, more twists and turns and time signatures than its humanely possible to compute – and brother, they are only getting warmed up.

“Shadow Deserts” kicks in with a machine gun drum beat from Noah Burns, its joined by a pummelling bass from Jeff Johnston and all of this is before Josh Holland has dazzled with his guitar and vocals – and by the way this is all in the course of the first 15 seconds.

“Fear Yourself” allows itself even longer to do its thing, which in practice means only there are even more ideas. But the most wonderful thing about Wild Throne is perhaps the most simple: these aren’t – as some bands would make them – impenetrable things made only for people to stroke their chins and pretend to enjoy them – instead these are real songs, catchy, with hooks and shiny choruses. You aren’t quite sure how they do it, you are just glad they have.

You can pick any song at random and find something to love. The dirty groove of “Lone Lust”,  the almost stoner rock beginning of “Death Of A Star” – which gets almost funky at one point – the crushing “Blood Maker” and even better, if you haven’t enjoyed a particular section then not to fret because 30 seconds (and probably less) later a new idea will be along.

One of the shortest songs here “I Of The Prism” is also one of best, another “War Is A Romance” is one of the most brutal, but “Born To Die” is perhaps the pinnacle as it races around like a three-year old hepped up on a Sunny Delight binge, while “The Wrecking Ball Unhinged” seems to be a metaphor for the whole record – this one even manages to add organs into its astonishing mix.

The whole thing ends with “Trans” – which helpfully gives the listener a minute or so of calming stuff at the end as if to give you a chance to compute what’s just happened. You won’t be able to.

Far better to just say this: Harvest of Darkness is a phenomenal record. Even if you will likely be unable to quite explain why you love it so much.