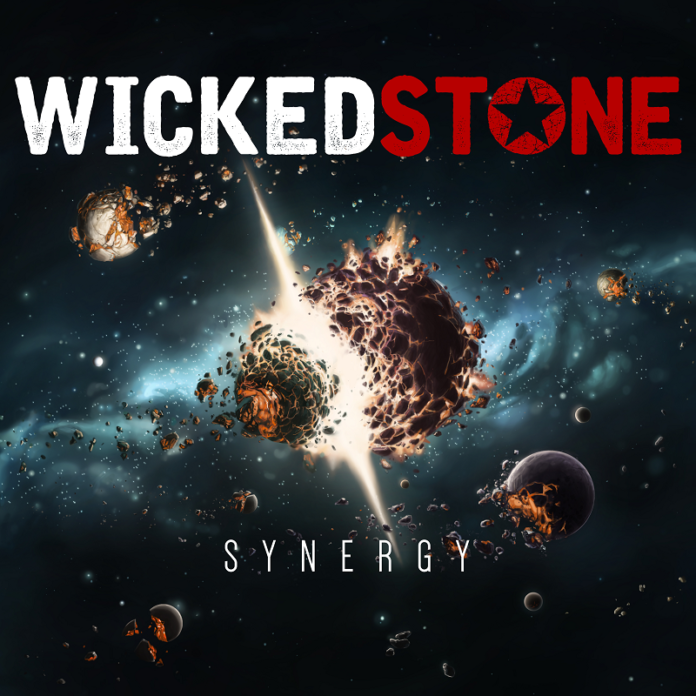 “Wicked Stone are as well placed as any to make the step up.” I wrote that on the review for their debut full length back in 2019. They were. They are, still. However as a wise man once wrote, it’s a mighty long way down rock n roll and things happen.

So a quick fill in is in order. Two of Wicked Stone as was, singer Joe Hawx, guitarist  and drummer Olly Smith (once of the Lauren Harris band with Richie Faulkner – they opened for Maiden) are still in place, but there’s been a change elsewhere as the guitarist and bass player have been replaced by Dave Austin, Joe Davies and Tom Lane respectively.

This two new six stringers thing is pretty important, given the sound of the band is much heavier and harder edged than before.

Not that they’ve gone thrash or something, just if the last two had me saying things like “straight up rock n roll”, then this one has got a bit darker. A little more Stone Sour if you will.

That’s evident from the opener “Say Goodbye To Yesterday” (apt given what’s gone on?) “shuffle the pack and deal another hand” sings Hawx, and it feels very much like he’s come up with an ace or two.

These songs are gargantuan in intent. They believe they are headliners at every festival going, they believe entirely in what they do.

To be honest this review could (some will doubtless say it should) stop now, because the same is true of all the others. If you like the first tune you’ll love the rest, and if you don’t? Well Wicked Stone – I think I can say this all the confidence in the world – couldn’t give a toss.

Why? Well because “Not Alone” is the kind of metal tinged boot to the balls they’re doing now, because “Reclaim The Crown” is eerie and it lurks in the shadows ready to attack you in a way they haven’t before, and even the ballad “Now You’re Gone” does balladry with intent.

Some of this absolutely slams. “The Fire Burns” sees Hawx roar. There’s a touch of Stone Broken about what they do, but it truth, there’s a little more menace, as “Hunted” rather neatly underlines. It’s fast enough to get a moshpit going,

There’s a bit of funky good time rock roll, living for Friday night type stuff on “Going Wild”. You imagine it waking up with some girl it doesn’t know and with a banging hangover, and while that’s sort of fun, it doesn’t suit this brave new world as much as “Adrenaline” does, say or the energy of “It’s Not Enough”. That one might actually be their de facto mission statement because here, it seems, more more more, was all that was discussed.

There’s some brilliant songs on “Synergy” but the best two are the first and last. “Broken Heartbeat” is built on a bass line from Lane that thunders and I am telling you, stick them in front of the right festival crowd this summer and no fist isn’t skywards.

It’s difficult to replace any long standing member of a band or anything else and continue to go forward (just ask my football team about the dreadful signings in the last six years) but on “Synergy”, Wicked Stone have proved the benefit of a shake-up. Everything here is just a little bit better than before.