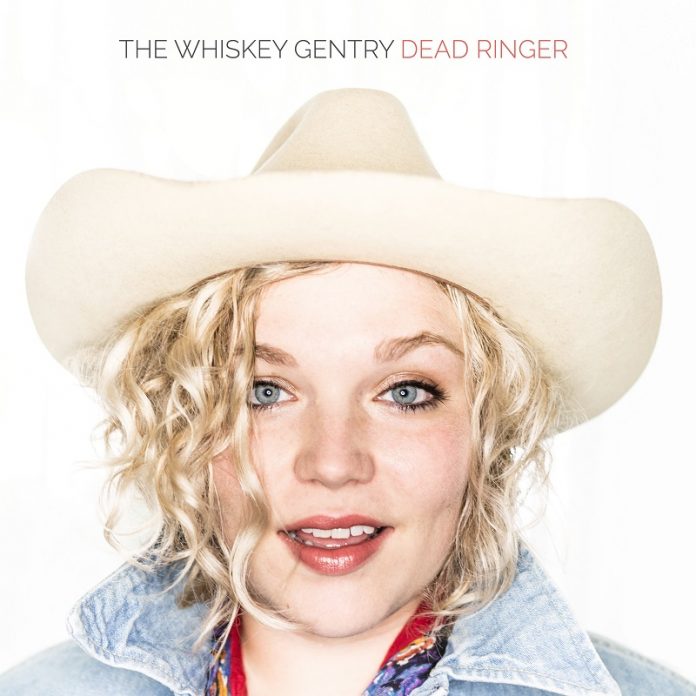 The bad boys – and girls – of country?

Atlanta eight piece (big bands are ace – The Eagles had about 13 on stage when we last saw them) The Whiskey Gentry have done a lot since their debut album in 2011. This is their third long player and they’ve racked up 150 or so shows a year since.

“Dead Ringer” sees them reflect on those heady times, discussing with some acerbic observations on growing up both as a band and growing up generally, but always with the eye firmly on bluegrass, honky tonk influenced rock n roll.

A further key change this time saw them cut the album basically live and certainly there is a pleasingly raw feel about the 12 songs here.

The title track is – you’d guess – autobiographical, with singer Lauren Staley (the band is built around Lauren and her husband Jason Morrow, who supplies the brilliant lead licks here) lamenting that she’s “a half drunk, full broke, country folk singer/ and everybody tells me I’m a dead ringer/for the more famous girl on the radio.”

That song is typical of most with its clever word play and shit-kicking bar room attitude. “Following You” which kicks things off here in strident fashion and with magnificent banjo work from Chelsey Lowe, might in the past have fallen into the category of being too rock for country and too country for rock n roll, but those lines are blurred these days and WG evidently couldn’t care less anyway.

“Rock N Roll Band” swings like prime Grand Ole Opry, “Looking For Trouble” is more restrained as if they were deliberately confounding expectations, and “Paris” positively stomps like a blue grass take on punk rock. Jason And The Scorchers would be proud of it.

It isn’t all about bluster, either. “Kern River” changes pace brilliantly and tells stories like Steve Earle might have and the mournful mandolin from Michael Smith is wonderful.

“Dead Ringer” is at its best when its waving its middle finger in the air. The dismantling of those that sing country because it’s “cool” on “Martha From Marfa” is as good as when Shooter Jennings did the same on “Outlaw You” (sample line; “I knew you when you dumped that boy with the Johnny Cash LP’s/you said this shit’s for rednecks and you handed them to me.”)

“Say It Anyway” shows their blue-collar rocker side, and another example of their interesting take on songwriting is “Drinking Again.” A fun country tune belies some lyrics that deal with alcohol abuse, “Seven Year Ache” is a gentler, but no less interesting affair, and “Is It Snowing Where You Are” is a gorgeous stripped down ballad,  a theme they largely maintain on the closing “If You Were An Astronaut” which has a timeless quality and gives the record the conclusion it deserves.

Previous article
Charming!
Next article
A Real Turn Off