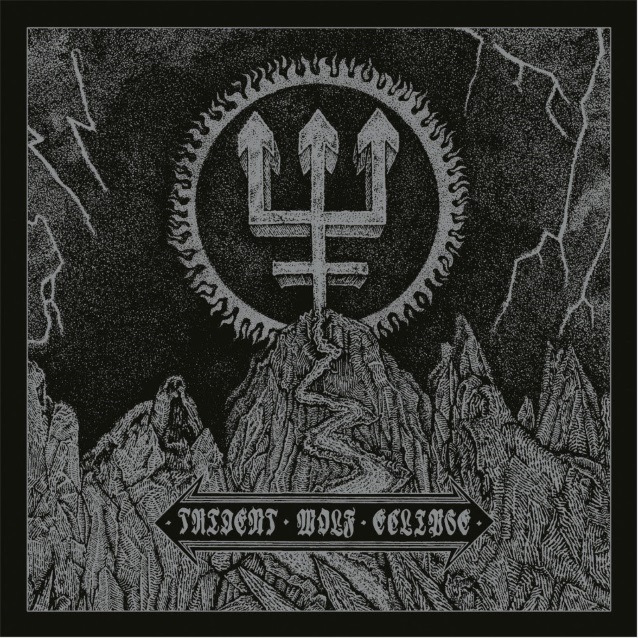 Swedish black metal legends go back to the future and return to their purest form with studio album number 6 (66).

In the press for the release of the new album the band advise that this album is not about the past or the future, but about the here and now.  After one listen of the album you would be hard pressed to disagree and the impact is immediate and the sound is as devastating as anything they have put on record before.

Often with Watain, and several high profile black metal bands in general, the non-music aspect of the band has often sidelined the importance of the music due to the various controversies that come with being engaged with a certain brand of music.  Opening album track “Nuclear Alchemy” is a statement of intent.  An intent to tear a planet sized hole into a stale and often mediocre metal music scene that forgoes raw power and energy for technical perfection.

The pace is joyously unrelenting and the intensity never drops below full blown as even the lighter shades that infrequently show themselves are quickly swallowed whole by the bombastic destructive power of pure black metal riffage and thunderous rhythms.

“A Throne Below” is musical anarchy incarnate whilst “Towards the Sanctuary” is as primal as it gets.  Whilst the riffs, drums and vocals are classic black metal there is a spark of invention in each track that takes it above what you may have experienced before.

Frontman EriK Danielsson continues to excite and terrify with a superb vocal performance backed by the hellish duo of drummer Hakan Jonsson and guitarist Pelle Forsberg.  If fans have been waiting for something to match the untamed evil of the debut album Rabid Death’s Curse then they need look no further.  If that album guaranteed them passage to Hell then this will see Satan hand them the job of Hell’s houseband.

Album closer “This Fire of power” is a stunning anthemic call to arms for those who choose to dwell underground and live their musical existence in the caves and lightless parts of the earth that the masses would never dare to roam.

That have been several attempts of late to show other sides of black metal and drag the genre into several sub-genres and off shoot musical directions which at best prove to be average bedfellows when treading their feet into other territories. Watain drag the listener back to the darkened glory days of the early 1990’s to prove that pure black metal in it’s rawest state, coupled with modern day techniques and vision,  still has a very , very dark future to look forward to.

Donnie’s Rating: 10/10 This is Watain at their finest, on the attack, and a truer and finer sound it is rare to hear.