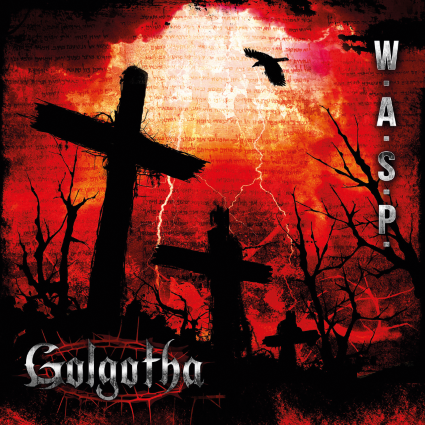 Now you’re back, it’s like you never really went away

It’s a staggering fact that Steven Duren is 59 years old. Duren is better known to metal fans of the last 30 odd years as Blackie Lawless, the singer and driving force of W.A.S.P. While we are on the reminiscing path, it’s also amazing to think that it’s not not far off 35 years since he almost single handedly outraged Middle America by threatening – or perhaps promising depending on the way you look at these things – to love you long time like a beast. Or something. In short, Marilyn Manson, eat your heart out, these boys got there first.

These days, W.A.S.P is a very different beast (or perhaps that should be insect) for one thing Lawless is the only original member of the band left, for another he won’t play his most notorious (and arguably best loved) track because he’s a born again Christian. But for all the things that have changed, one thing remains the same. W.A.S.P are still ace. You can still pick one of their songs out of a line up at a million paces and they retain everything that was great about them in the first place.

“Scream” which kicks this shindig off rather makes that clear. It’s almost like they’ve got checklist of everything they expect a W.A.S.P album to sound like. Opening riff. Yep, done boss. Slightly OTT vocals? Never been a problem. Driving urgency? Purlessse, we can do that in our sleep. Huge chorus? Not even dignifying that with an answer to be honest. And even then, it stays just the right side of pompous.

Even allowing for the fact you almost know what a W.A.S.P record is going to sound like in the same way at this point in their career you don’t need to buy the new AC/DC to know it’s gonna sound like them, “Last Runaway” is a bit of a shock. If Meat Loaf covered “Born To Run” and was feeling at his most bombastic, it’d sound like this. And it’s superb and somehow it sounds like W.A.S.P.

“Shotgun” likewise is catchier than the flu and needs to be quarantined lest it gets under your skin and stays there for weeks, while “Hero Of The World” is one of a clutch of grandiose tracks that abound around the middle of the record – although is the only one that could even be remotely referred to as stripped back. “Slaves Of The New World” on the other hand adopts a kind of Iron Maiden slow build and a bit of their gallop too.

Amongst all the bluster, there’s one that really stands out. “Miss You” seems to be an attempt to revive the power ballad, pitched somewhere between Cinderella’s “Don’t Know What You Got Till Its Gone” and Aerosmith’s “Angel,” if lighters are still used, it’ll have them waving in the air all around the world.

This is not a record that does anything quickly – apart from the riffs – the songs are lengthy and intricate. The closing epic of a title track clocks in at nearly eight minutes and makes Lawless’ beliefs on the subject of the bible pretty clear.

“Golgotha” is the best record that this current W.A.S.P could make. It’s polished, it’s heavy, and it’s largely very, very good indeed. He might night be a love machine anymore, but time isn’t slowing Blackie Lawless down too much.