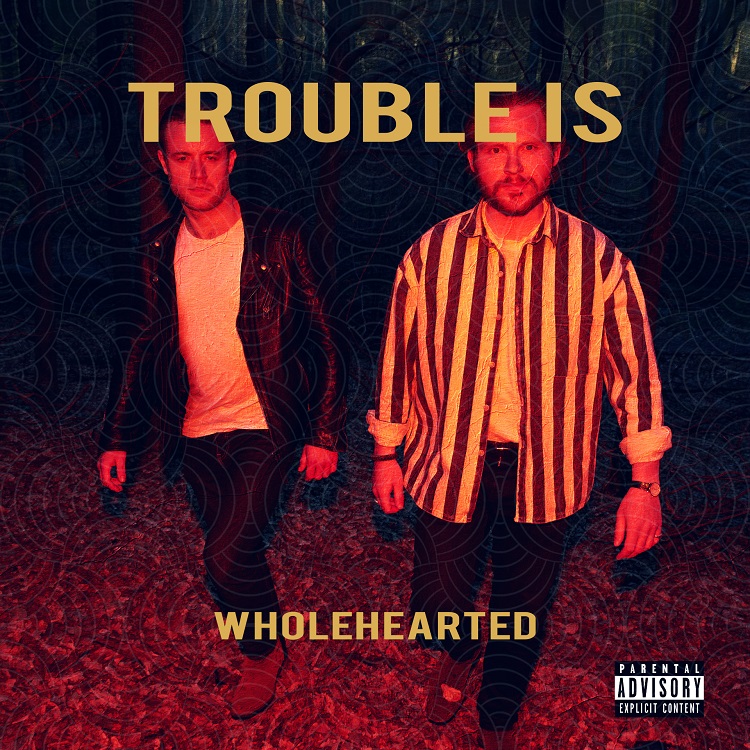 “If you are into modern blues-rock with hints of John Mayer, Philip Sayce, and Joe Bonamassa, you should pay attention now”. Ok cool, not a bad line on a press release that, especially given the fact that two days ago I paid the amount of the national debt of some small countries to go and see the latter live, I am down for a more accessible alternative.

To be honest, other than them being a “blues rock” outfit there’s not a lot of Bonamassa here, I am familiar with all his back catalogue and, to my knowledge, he doesn’t have a song like “Daytona ’69” that Trouble Is….do.

In fact, do yourself a favour and scroll to that track now. Ignore this review. Better to listen. The track is a bit of an epic, and at around 4 and a half minutes, it does something very special. It breaks out into one of the great solos. Thing is, to me, it doesn’t sound much like a blues solo at all, rather Roger Waters is the name I kept coming back to.

“Wholehearted” is the debut album of the band. And at this point, I suppose I’d best do the review thing and tell you that there’s two of them making this fabulous racket, Mathias Heibøll Østlund (guitar/vocals) and Poul Valdemar Prahl (drums) and they might be the most impressive duo to come out of Denmark since the Laudrup brothers (obscure football reference for the kids, there).

“Here We Are” has that kind of raw thing that all duo’s have. And it grooves, good lord how it grooves. It makes a statement by being a rock song. A stadium shaker, as it goes. “Give It To Me” brings the sass and the swagger. There’s something of Laurence Jones’ latter work about this, I suppose, not to mention the idea that if Tyler Bryant shookdown with and organ in the band this would be the end result.

“California Dream” is more straightforward: “We want to play till the end of the day. When our bodies are in their graves” and that seems to underline the vibe of the whole album. It is noticeable too, that just how much soul there is in these eight tracks. “Last Chance” makes good on those Philip Sayce comparisons – up to a point anyway, given that it also comes in with a vicious breakdown.

“Walkin’” on the other hand, is the one that all King King fans need to get on board with straight away. Blues with a nod to Jimmy Page it is one of the record’s many high points. Indeed, you’d be hard pushed to find one that wasn’t fabulous. “Kiss The Sky” (and from the title alone I was expecting some kind of Hendrix thing) instead floats along on some neo-prog swirl, while “Came To Stay” breezes in as if off the summer air, and might be an indication that the jam sessions at smoky clubs in Chicago, Memphis, New Orleans & Austin, saw Østlund soak in the vibe.

The trouble is, I suppose that Trouble Is…. Are a fledgling band and making predictions as to the type of group they’ll be in the future is a tough thing to do. Certainly there’s more here than on a normal duo and more on “Wholehearted” to suggest they will be a serious proposition in the future.