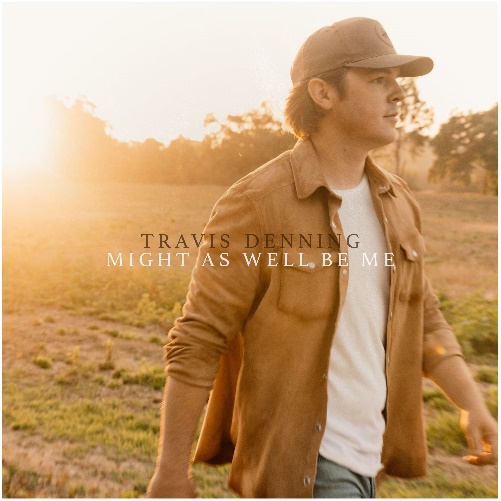 It’s got to be a bit of a bugbear of mine to be honest.

Every time you go to a gig the band has to almost by default tell you that “its great to be back at live shows” and how we’ve all had a tough time over the last two years. Yeah? You think?

Now there’s no problem at all with looking after mental welfare, but here’s a thing. Since I saw Sam Fender back in August 2021, I’ve been to 100 or so gigs. Music, mate? It’s back.

It’s refreshing, to me at least, to read that Travis Denning agrees with me. “Last year and my most recent EP were all about thankfulness, and being glad to have any live shows at all,” Denning says, explaining the drive behind “Might As Well Be Me.” “This time, a lot of that is behind us, and it’s like ‘Alright, let’s get to work’.

And he’s got going with the type of country that I’ve not been able to resist since I was about six years old and obsessed with The Dukes of Hazard. Look, I didn’t know Waylon was singing about “Good Ol’ Boys.” All I knew was it was all very, very cool indeed.

So’s this. “Red Round Here” a working class anthem if ever there was, but as the words point out. “from Mobile to Philly, hell, even down to LA, I’ll bet there’s necks with the similar shade.” And that’s it, isn’t it? That’s the universal appeal of the music.

Even sitting in the middle of England thousands of miles away from Warner Robins, where Denning grew up (and with a totally different mindset), we can relate to “River Named Mississippi” (it might not run through the UK, but the sentiment is fine).

It helps that Denning and his team are so adept at writing choruses. “Buy A Girl A Drink” walks the line between pop and southern rock as well as anything does, and the balladic “Don’t Give A Truck” is actually way, way better than its rather silly title. There’s going to be kids who are making “don’t tell stories” in the back of theirs too.

“She’s On It” is the tear-jerker one. The one where the bloke is in the bar with his memories about three pints deep and she’s on his mind. Denning is a former touring partner of Dustin Lynch. He’s made a career of this type of stuff. Why? Because it works.

The last one “Anything You Need Down Here” is perhaps the most “country”, if you will. An acoustic thing in the manner of early Steve Earle. A chap looking out for a friend he’s missing. “Football’s still big, the town’s still small” he says of where they grew up. Before the kicker. “I can check on Amy, if you want me to? She’s finally seeing somebody new…..” And that’s the heartbreak we all get and which Travis Denning has tapped into brilliantly here.

Spotify chose to play me Jacob Bryant when this had finished. That’s fair enough, the vibe is the same. Muscular country with a nod to Skynyrd and the likes in its lead breaks. “Might As Well Be Me” will surely give Bryant another number one.

As he said himself. “I wanted this to be like a setlist. A no skipper. “ Job done, then.