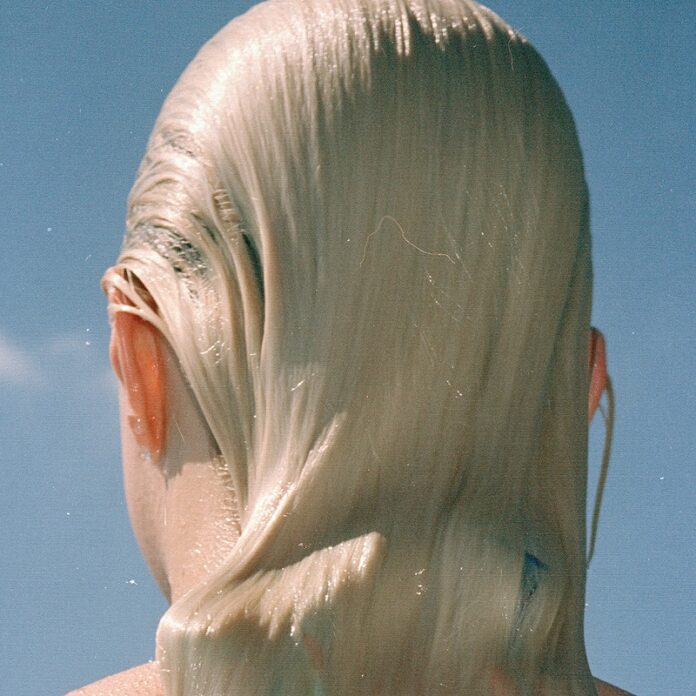 ‘Personal Best’ released this month, is the third album from Chichester’s TRAAMS and their first in seven years. The band comprise the trio of vocalist and guitarist Stuart Hopkins, bassist Leigh Padley and drummer Adam Stock.

We are gently introduced to the album with the captivating electronic `Sirens` which becomes almost spellbinding. We enjoy a much more dystopian number with `Dry` which is almost a retro offering that would sit well with any track in a Joy Division back catalogue.

`Breathe` runs at just under ten minutes and it doesn`t feel overly long as you are led through this quite mesmeric journey. It has quietly shared vocals sprinkled thought out a constant bass line and steady drumbeat with some intricate guitar chord riffs. Softlizard aka Liza Violet of Menace Beach adds vocals towards the latter part of the number as it gains a little traction.

Joe Casey the frontman of post-punk Protomartyr heads up the vocals on `The light At Night` which begins softly before evolving with elements of The Fall as the vocals are almost hollered or at least shared in a challenging spoken word format. There a fast paced drum machine beat and slightly off kilter guitar chords setting up a platform for the vocal delivery before the number fades away.

`Sleeper` features a verse from Soffie Viemose of Danish band Lowly, former tourmates of TRAAMS. The song is wonderfully captivating and will really suck you in.  There`s a real simplicity almost restraint that I found utterly compelling. We have a much racier synth led electronic offering with `Shields` which becomes quite hypnotic but takes a slight curve towards the end where the vocals become almost a capella before a strange kind of sound akin to a fretless bass leads us out.

`Hallie` as a title intrigued me so a quick search on the net threw up the result as being a gender-neutral name of British origin. The track itself is pacey with vocals that shift from being murmured to an almost spiritual chant. We have some enchanting intricate guitar riffs interspersed as this journey progresses. The album closes out with `Comedown` which again has Softlizard  or Liza Violet adding vocals which interweave with Stuart’s. It`s a much more straightforward indie tinged rock out.

I found there was an overwhelming beauty and joy to `Personal Best` that will draw you in as a moth to a flame. I have to admit that i`m not familiar with the bands previous releases so this was a delightful awakening for me. It`s an album that demands your attention and will richly reward you if you`re prepared to subscribe.

‘Personal Best’ will certainly be a release that I’ll return to repeatedly.