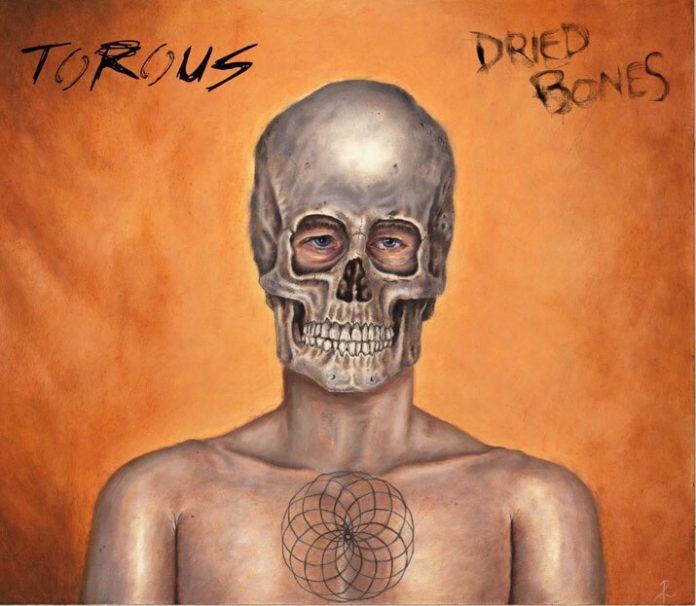 Birmingham trio – hotly tipped by MVM and many others – get their knockout blows in early on stunning debut EP.

About a year ago, MVM had cause to find itself, as we often do, in a basement of a pub by the canal in Birmingham watching a line up of local bands. Sandwiched (if memory serves) second from bottom on the bill were a trio called Torous. Celtic flavoured rock, they said, was what they dealt in, so MVM was expecting some kind of Thin Lizzy thing – this wouldn’t have been bad, given our oft stated love for all things Lizzy – but they weren’t that.

In fact, it was then, just as it is now, difficult to pin down exactly what the trio are. There are most certainly Celtic influences here, and there is most certainly a tunefulness that Phil and the boys would approve of. But it’s safe to say that Marc Malone who fronts the band and is, you sense, it’s driving force, isn’t going to play “Whiskey In The Jar” any time soon.

But we are getting ahead of ourselves, because the Torous story is a little more interesting than that. On that first viewing they’d just stuck their first single “Crow Road” out, a couple more followed – including the superb “Sovereign Son” – but they had a plan.

This idea that they’d hatched was to not put any of these songs on the EP that even back then they were thinking about, and they have been as good as their word. They “retired” these early songs after a gig in January and the five that make up “Dried Bones” are entirely new. If that isn’t the way most fledgling bands do it, then that probably because most fledgling bands aren’t as good as Torous.

It’s not an exaggeration to say that “….Bones” is more than just a work of immense promise. The ideas here are fully formed and, you’d guess, everything has been poured over to the nth degree to ensure it is exactly as it was supposed to be.

For an EP “….Bones” is a weighty affair. It’s strident beginning “Occam’s Razor” showcases their gift for writing slightly unsettling rock music perfectly. Not unsettling in the sense that it’s scary, it’s just that you never quite know what to expect from it, and any thought of conventional song structure can be forgotten. “Dried Bones” for example, begins with a kind of AIC discordant harmony and riff, and then does precisely what it damn well chooses for the next four minutes – and still manages to have a glorious hook for a chorus.

When MVM interviewed the band last year, Malone made mention that they’d written the best song they ever had but it didn’t fit with their current material and they were going to hold it back. Whether “Hide In Skies” was that song only he knows, but it surely must have been. Quite simply it’s glorious. Initially a lush sounding ballad with wonderfully dark lyrics, it then becomes a crushing, breakneck riff-driven work that is perhaps the heaviest, tightest track on show.

“Roll The Tide” is epic in every sense. Clocking in at over seven minutes, it builds superbly and in common with some of the others here it worms it’s way in despite being the antithesis of the three minute pop song.

The closing “Don’t Slip” takes this theme and runs with it. Nearly eight minutes long, it opens with what amounts to drum solo, and when it does get under way – in its own sweet time – it features a mixture of Malone singing over a bass pattern, interspersed with some metal thinking riffs.

It all adds up to an EP that the band can be – and evidently are – extremely proud of. But although they’ve made it for themselves, obviously there must be half an eye on a fanbase. That should be the easy part. Because on “Dried Bones,” Torous have made something genuinely different, but brilliantly compelling.