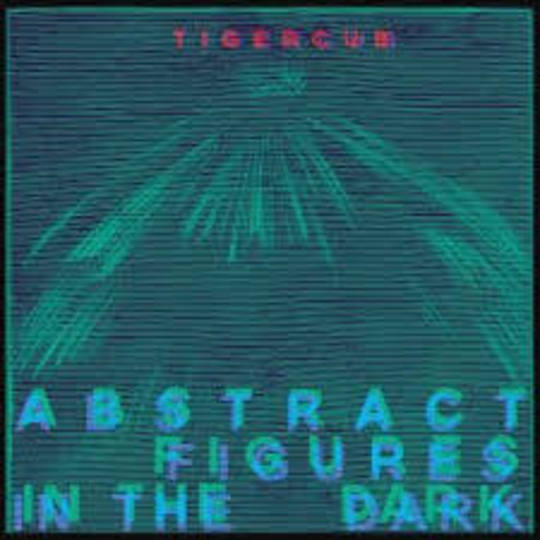 Jamie Hall on vocals / guitar, Jimi Wheelwright on bass and James Allix on drums make up the grungy Brighton based Tigercub. The band formed in 2011 and is out promoting their current debut album “Abstract Figures In The Dark.”

Opening track `Burning Effigies` begins with a plucked guitar chord and Jamie’s vocals in a sort of style that would not be out of place in a David Lynch movie before taking a more straight forward rock jam.

`Memory Boy` follows, written about the difficult subject of the refugee crisis and has a real grunge feel. It starts quietly before building up with pounding drums, thumping bass and fuzzy guitar. Jamie’s almost fragile vocals are layered on top and we even get a break part way through which allows the vocals to be spoken in a quite unsettling fashion.

I really loved `Omen`, this track was quite dark and disturbing and I was reminded of the wonderful tunes that the Deftones used to put out.

`Migraine` – is a freak out of a song, instruments being pulverised and screaming vocals. A number that allows you to throw off your angst. It also ends abruptly when you’re least expecting it.

`Can You Hear Me – Interlude` is what it says on the tin, a 23 second interlude sounding like a needle stuck in a groove of a vinyl record.`Up in Smoke` is quite a contrast, in that it’s a type of lament and a welcome change from what’s been shared up to now. A song to just lie back, relax and let it envelop you.

An almost psychedelic groove underpins `The Golden Ratio` and we get swathes of music that wrap around you with Jamie’s words nearly disconnected from what’s being shared.

`Control` has a wonderful beat that allows the lyrics a platform to be expressed with Mr Hall’s vocals beseeching, almost pleading at times

`Serial Killer` is a three minute indie, slightly grungy piece which sets us up nicely for the intricate `By Design` which plows a similar furrow allowing a steady background for some quite disturbing lyrics.

The penultimate track is also the title track `Abstract Figures In The Dark` and is quite unerring. It starts with a steady tribalish beat before heading into some real jamming noisy rock out moments.

The closing number `Black Tides` is nearly anthemic in its structure. It has a chain gang feel about it in its stripped back delivery.

I really enjoyed this album. The music is intricate, captivating, compelling, demented, sleazy, brutal, raucous, tense and anxious at times. It has some quite disturbing lyrics but doesn’t shy away from difficult subjects.

This was quite an eclectic offering of styles for a debut album and very mature for such a young band,I have been fortunate enough to have witnessed them in a live setting and they can deliver.Tigercub certainly have claws and this release will really tear you apart.