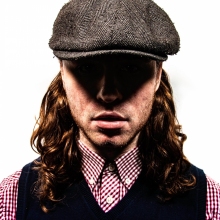 The other week I went to watch my team play an away match. I have done that thousands of times over the last 30 years  – although not so often recently.

Went a goal up with 2 minutes left (albeit in typical style we didn’t win the thing) and something happened that has never happened before. I was delighted, but everyone around me was going crazy. They were younger than me in the main, drunk most of them, drugged up probably. To them, it wasn’t a football match. To them, it was an away day.

Which brings me to “Soul Boy II”, not only does it have a song on it called “Away Days” (an acoustic, balladic version of a track that is on one of their EP’s) but the press release reckons it is “a sonic snapshot of young culture in contemporary Britain.”

So you’d best believe that I thought twice about reviewing it – as, in truth, I have with the two EP’s I’ve written about – as, being a bloke in his mid-40s trying to look down with the kids isn’t a good look after all. There’s a problem with that, mind you. See, I might not understand all the lyrics – any more than I understand half of the things the kids at work say – but The Skinner Brothers write some absolutely majestically catchy songs.

Zac Skinner has a way of tapping into something. There’s a punk vibe to “Mountain High”, and there’s an urban way he delivers the lyrics that suggests he’s plugged into the streets of south London.

Not for nothing, do you suspect that he toured with Kasabian and The Streets, as there’s a mix of both on “Put Me Down As A Maybe”. You imagine TSB gigs could be a bit lively, frankly. “M.O.R.E” (first line “I was knocked down twice but I got up three”) almost dares you to take him on, and there’s a glam rock sheen to “Low” – a real lads anthem if there ever was one, and anthem is an appropriate word too, because these aren’t designed to be played to no one. These are big statements of intent.

Even on this version of “Away Days”, like a Ghetto take on The Kinks, sounds anthemic “I live for them away days” he sings, and so, do you imagine do thousands more.

It’d be impossible to listen to “1000 Reasons Why” and not think about The Libertines (“I got the Mick Jagger swagger” offers Skinner here), and the “indie” element to what they do is dialled up still further on “Told You So”.

“Culture Non Stop” is perhaps the one you won’t get out of your head, and might be the reason I am writing these words. It wormed its way in last summer and it never left, and the massive groove of “Give It All To Me” makes those words not sound like a request. Just hand over what you got.

“Iconic” the title track of one of those EP’s is so catchy Astra Zeneca need a jab for it, and if anything sums them up better than the words “I need to get it on it” which happens in the chorus, then I don’t know what it is. There’s a couple of versions of the ballad “Stupid Much?”, the second – with a rap from Teef – actually sounds more like the band, and sandwiched in between is “Way Too Far”, the type of thing that if DMA’s were from London they might do.

Like I’ve said, the vibe here isn’t mine. My life doesn’t cross over with Zac Skinner much at all, I imagine (although I’ve watched my team at Millwall, so …..) so on the face of it I should leave it to the kids who are going out, out as it were, but not only is “Soul Boy II” a really superb record, it taps into a real energy. There’s a couple of lines in “Away Days” that perhaps sum this up better than I can, though. “Keep on fighting mate/ We’re never gonna stop/And I don’t need no placebo/Kool and the gangs All I need bro/ I spent all my money on that go go/And ask me tomorrow am I regretting it….?”

The next word – in case you hadn’t guessed – is “no”. Good luck to them, and the kids like them everywhere who have left me behind. In The Skinner Brothers, they have found their leader.