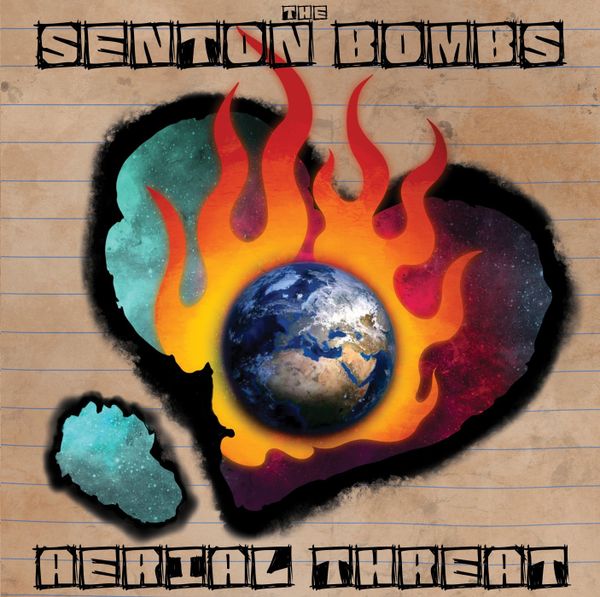 I know if you are under the age of 40 you won’t have a clue, but those cartoon characters boiled music down to the only thing you need to know. Is it cool or does it suck.

I often smile to myself and think: wouldn’t it be ace if I wrote two word reviews like, oh I don’t know: “Sucks, massively” for any Shinedown release (hey Brett, don’t think I’ve told you how bad you are for a week or two) or “this rules”, well, for this as it goes.

But no, rather I am going to go on for about 500 words more about all kinds of things, not least of which is this: I got myself exercised as to whether “Ariel Threat” was a concept record, because the opening “Blue Sunset” has a hook that goes “hedge every bet….live to forget”, but 50 odd minutes later “Coaster” strikes a totally different vibe: “don’t waste your days being afraid to die, try not to worry, try not to care, enjoy the coaster at this fair.”

Either way, whether it is or not “Ariel Threat” is a cracker of a record. “Be What You Want” chugs along, and you kinda think of the Foo Fighters at a push, then it happens (and it happens a lot), there’s a guitar solo that screams “80s arena rock, baby, who wants in?”

Well me as it happens – and to be frank, I’ve been a Senton Bombs fan for years – but here, on these 14 songs they seem to have dialled things up. Like its heavier, but its punkier, to that end “Another Way” is the most outright punk thing they’ve done.

At the same time, I am a child of the 80s, but largely my musical heart belongs to the 90s and the bands like The Almighty, The Wildhearts, Little Angels, The Backyard Babies or Three Colours Red and it just so happens that you can’t fail to hear that in work such as “Sleep Street”, which slams, but with a proper melody.

Looking at the photos on their website (pleasingly their social media is scant on info and Social Media should always be ignored, of course) the collective SB look to be roughly the same age as your humble scribe and thus might get the Beavis and Butthead reference, but “High School Low” will strike a chord with anyone who sung “Megadeth right before the test”.

There’s a thunderous 90s vibe to “Dwelling In The Past”, like some North West England version of Green Day, but just to prove they aren’t bound by anything but a love – and a skill for – rock n roll, listen to “Sin On My Mind” and tell me there’s not an indie flavour.

“Cheats Prosper” on the other hand is proper dirty sleaze. If there was a strip club run by the Hells Angels then this is playing, while “Rise Of The Underdog” has a rare energy, and maybe a passion: “one day all our dreams will be digital, same day all the world will be miserable”,  offers Joey Class (resist Mark Zuckerberg, says MV).

In amongst the punk flavoured rock n roll, like “Storm The Castle”, there’s a couple that sticks out as much as it stands it out. “English Dreams”, might be more Levellers than it is Senseless Things, but the way it takes down Tommy Robinson and his vile ilk is poetic.

“Satellite” gets “sounds like Honeycrack” bonus points, but the truth is while most here could have been on something I bought from the online record club I was in in the internet’s early days, there is a left turn, like the dark tone of “Lake”, which broods like The Mission.

“Ariel Threat” is a belter of a thing, one from a band that might be six albums in but is far too good to be a mere cult act.

Previous article
Review: Laura Meade – The Most Dangerous Woman In America (2021)
Next article
BAND OF THE DAY: THE CATCH