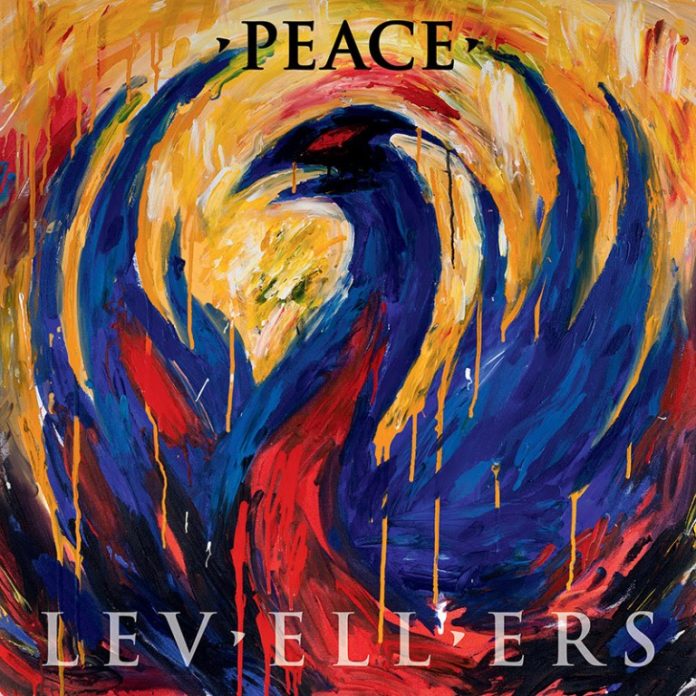 Not exactly the way I thought I’d start a music review, but that’s the name of the Syrian refugee that died in the English Channel last week. He is the physical embodiment of what happens when Sky News, the BBC and Nigel Farage turn the plight of desperate people into voyeuristic entertainment to take our minds off the way the government have destroyed the country. Yaxley-Lennon would no doubt be doing the same thing, but that piece of shit has sodded off to Spain to avoid more charges (as always “Tommy”, you are welcome to sue me, you racist prick).

I try my best to stay off social media, but I happened to see a thread on Twitter with the reactions on the Daily Mail website to his death. That’s the reason for this intro, the heartless, callous scum that commented. And equally, each and every one of them is the reason I despair for this world.

And yet, really, doesn’t everyone want the same thing: “Food, Roof And Family.” It’s a question that is posed on the wonderful opening song here on “Peace” and isn’t it true?

That, of course, is the sort of thought-provoking music that The Levellers make, its just that somehow, in the current climate it has a way of resonating, even more than it did when the bands started playing it live at their gigs last year.

“Generation Fear” with its plaintive, “it’s a fucked up world out there” hook line is arguably even better, the keyboards, the heaviness of the music and the words. Opining the lack of community, the lack of empathy in 2020, it seems the signature statement on this record.

More than anything, though, “Peace” is an album about people. The things that unite us, the bonds between us. “Four Boys Lost” is a more folk orientated ballad, written about a tragic fishing boat disaster. “Burning Hate Like Fire” relies on its harmonies to make its point about anxiety, with Matt Savage’s keyboards driving the energy. He is to the fore again on “Born That Way”, which has a piano melody that finds a way into the conscious.

“Our New Day” is perhaps the one you’d play to people who ask what the “classic” sound for the band is. Like “…Family”, they’ve been playing this one live for a while, it’s thumping defiance is mighty.

There is, though a freshness throughout its 11 short and sharp tracks. “Calling Out” – which surely gets bonus points for rhyming “boring” with “appalling” – has echoes of New Model Army, while the plaintive “Ghosts In The Water” is built around its acoustic gentleness. “Oh, I thought it was common sense,” sings Mark Chadwick. “To get along with everyone in the same space.” And surely, that’s really, the simple message on “Peace”. The aspiration, if you will?

Perhaps it’s a record of resistance too. “The Men Who Would Be King” takes its aim at those in power, who seek to mould the world and mould us. “Each and every one of us is worth more” is the spat out last line of what is a chugging, near punk rocker.

It’s a forward looking album, too “Albion and Phoenix” – which sees Chadwick and Simon Friend trade vocals – looks at the past, but searches beyond too. The last song here, “The Future” underlines that clearly. The very last line: “our future, is the only one we could talk of now” sets that down for all to hear, and maybe this, their first album in 12 years is that marker in the sand?

Before last summer, I’d only ever seen The Levellers once. I went to one of their Big Day’s Out last summer and understood the devotion felt to the band, and that feeds into this record too, arguably.

The sad truth is, unfortunately, that the rhetoric of not just our government, but others around the world, has led to a rise in far right activity, leaving people emboldened  – and able – to make comments like those on the Daily Mail website, and maybe a little like their gigs, The Levellers are preaching to the already converted here.

Does that matter? No not really, because when they do, they and we are a mighty force. And perhaps, one day, there will be a better world. “Peace” for now, is the music of that aspirational target.