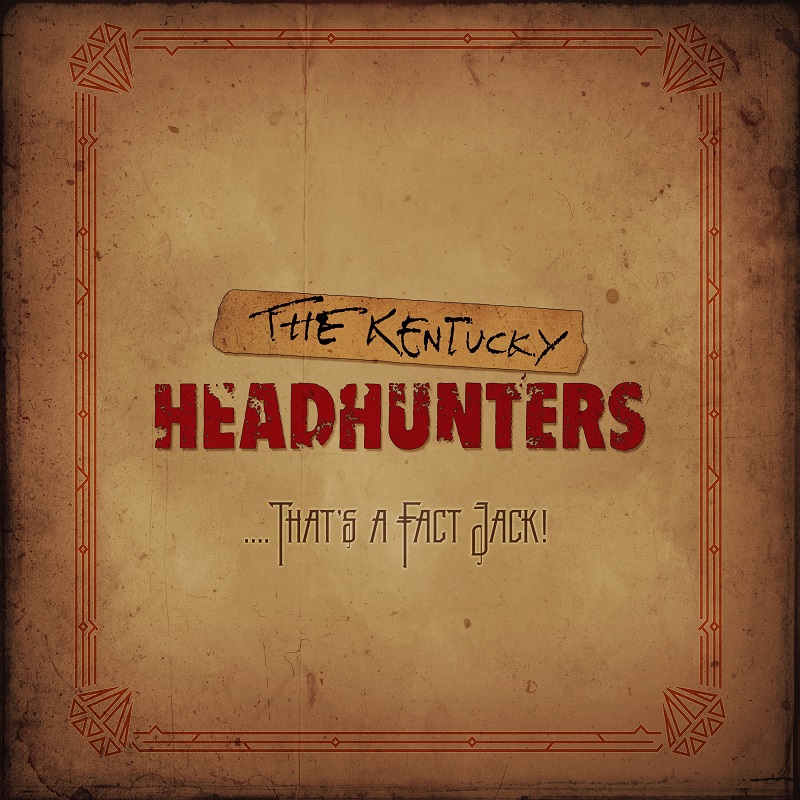 I’ll be honest, if you’d asked me to compile a list of things I expected from a new Kentucky Headhunters record, then Fred Young singing about “me and my bird” and “getting on the dog and bone” over music that owes more to The Kinks than it does to the Deep South of the USA wouldn’t be high on the list.

Neither, in all fairness, would a Christmas song that wasn’t utter dross. And yet, here we are and here is “Let’s Get Together And Fight” to the tune of “Rockin’ Around The Christmas Tree” (if it was being played in the Grand Ole Opry) on which Richard Young muses that “it wouldn’t be Christmas without black eyes.” Richard, I should add, is just about the nicest bloke on the planet and once invited me to his house if I ever got over a fear of being away – so I don’t think this one is strictly literal, but who knows?

What we do know, though, from the KHeads boys is “That’s A Fact Jack” is a record that reflects its times a little more than usual.

“Gonna Be Alright” is perhaps an open letter to themselves, and for us all, that as long as we’ve got music and each other, then life will be fine. Less a gang and more a family – they basically literally are – “…Alright” is darker, more blues orientated than some of their boogies, but my goodness this is a special record from a special band.

“How Could I?” Is everything that I’ve loved about what we know now to be “Southern Rock” even before I knew what it was, and these are not songs you are getting out of your head anytime soon, brother.

If Doug Phelps and his honeyed drawl sing those, then Richard is back for the wonderful “Watercolours In The Rain” one of the highlights and the lead break alone makes it so. Worthy of a Bonamassa record, its nothing more and nothing less than a fabulous cut (and these boys will call them “cuts” you can bet.)

“Susannah” is as tender as love songs get, and written from the heart too, as Doug apologises to the women who “love a music man”, its timeless and glorious, and the same epithets, really can be levelled at the sunny and warm “We Belong Together”.

The title track ramps up the riff, and Richard fair old spits the lyrics out with an intent, yet boil it down, its about family and remembering that when all is said and done, we’ve got each other, and that’s about all you need.

A record with blues as its beating heart and providing its soul too, “Lonely Too Long” is built around a quite magnificent organ melody, and the playful nature of the band is underlined by “Heart And Soul” – a track so steeped in traditions it might have been recorded in Sun Studios for all I know, frankly.

If I began with a couple of things I wasn’t expecting, then a cover was. They always find one and always find an interesting way to do things. “Cheap Tequila” – the Rick Derringer tune – is owned in Kentucky here, and “Shotgun Effie” is worthy of the Rev Billy Gibbons himself, a boogie the way the Gods of Rock N Roll intended. The slide guitar is so filthy, you probably need to take a restraining order out against it.

Oh and there is one other thing you could have probably banked on, with “That’s A Fact, Jack” too and that is simply this: it’s brilliance was kind of a given. In a world of “alternative facts”, here’s one thing you can bank on. The Kentucky Headhunters, would (with a little more luck and if Richard didn’t hate flying) have had a chance of being the biggest Southern Rock n Roll band on the planet. As it is, they’ll need to settle for being one of its best.