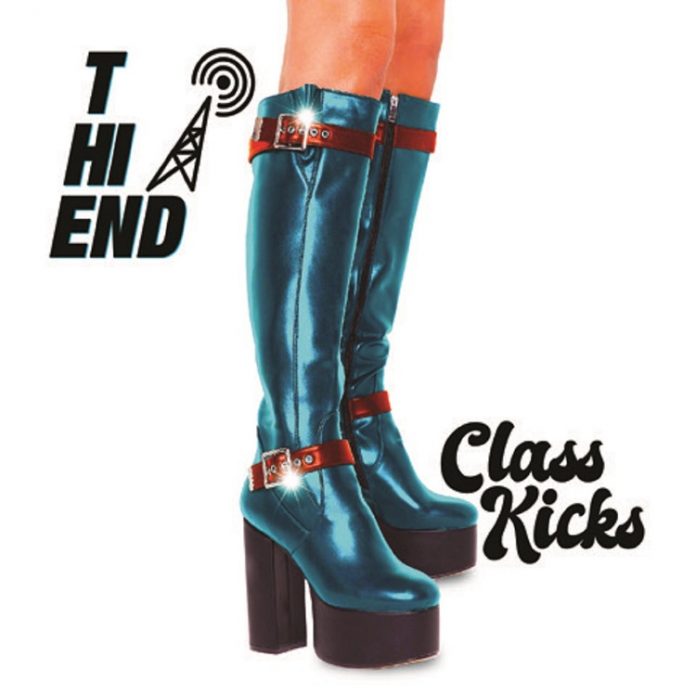 This could be the shortest album review in the history of this website.

This is the first line on the record: “I don’t care about money, honey, I am only out for kicks”

And just in case you hadn’t worked it out yet, here’s the second: “I am living life on a shoestring budget, but I get my licks.”

That sums up Boston’s The Hi-end better than anything in the next 600 odd words is going to, because this, brothers and sisters is about hedonism, this is about late nights early mornings, hangovers. This is the living embodiment of that line in Poison’s “Look What The Cat Dragged in” where Bret Michaels goes: “I got a girl on the left of me, I got a girl on the right, and I know them well I slept with both last night.”

And what’s more, it doesn’t care if you were one of the cool kids who were living the life, or like me, in bed with your radio at 10pm on a Friday night (and still to this day, if there was a girl to the left of me and a girl on the right I would stuck in the middle busily scrolling my phone not talking to either) The Hi-end welcomes you all.

Between Curt Florczak and Bruno Giordano, this is the purest rock n roll guitar sound anywhere. “Nervous Breakdown” even adds some soul backing vocals because, you know what? Why not! Think “Gimme Shelter”, if you want a ballpark.

Elsewhere, the five piece, led by Johnny Carlevale, get down and boogie like Dr. Feelgood on “Perfect Company”. “She ain’t too cute, but she’ll do” is a brilliant summation of things here. Especially as the second verse is written from the girl’s point of view: “she thinks your dull and a little bit pretentious” (this may have been written by any girl I’ve taken out, ever) but you know they’re going home together. That’s the point of rock n roll anyway, isn’t it?

“Long Way Down” borrows a bass rumble from Black Rebel motorcycle Club, but then gets kind of punk rock, “Get In Touch” on the other hand, struts. Like proper glam rockers. I mean Slade or Sweet and “Identity Riot” thinks The Sonics back catalogue is a hell of a thing (it’s right, to be fair) but there’s a genuine confusion about Carlevale as he exclaims “boys will be girls and girls will be boys”. How do they sort this? Well, with a solo, of course, is there any other way?

The best thing about “Class Kicks” is it sounds like everything and nothing all at once. “Feed My Need” adds a harder edge, that is sort of The Professionals, “One Day At A Time” is a power pop masterpiece, but it doesn’t sound like anyone else.

“Blood Red Lips”, if you want to analyse it, is about the music. The tale of a man with a “proper job” and a neat life, but who harbours fantasies, of rock n roll and other things. There’s every reason to suppose that the band too, understand this double existence. Its just they – unlike one of my daydreams – have the skill to pull it all off. Look anywhere here for proof, but “The Way She Moves Me” will do for starters.

“To Be Alive” balances its harsh guitar with jangly percussion, and its punk rock strut is matched by that of “A Way Of Life” – which here, more than many bands, you imagine it is.

There are times when this feels like a compilation record of everything you’ve ever liked from the last 50 years of punk n roll – and such is the enjoyment with which The Hi-End deliver the 12 songs here, you imagine they know it too.

Occasionally a band comes along – almost out of nowhere – that release something so good you can’t believe it. This is that record. “Class Kicks” just graduated bitches. Now, school’s out. Forever.