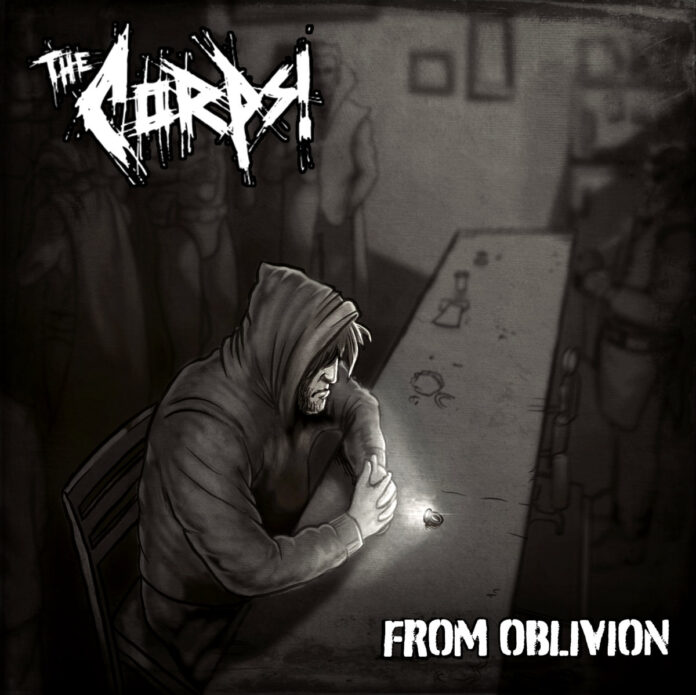 There’s something about starting as you mean to go on – and there’s a definite feeling of that on “From Oblivion”. It bursts out of the blocks, as if its been raring to go since The Corps stuck out their last music in 2018.

Heavy, yet melodic, and before Dan Garrison sings a note there’s been a guitar solo. When he gets to it, the opening of “Dear Detective” is simple: “Dear Detective, I am sorry for your loss”. Straight away, then, there’s despair writ large in the words. Yet, like all their other work, this is wrapped around a melody that echoes their obvious influences like Propagandhi.

Mentioning their fellow Canucks is deliberate too. They were one of the first punk bands I ever liked (got into them after loving Bad Religion and seeking some new stuff out) and The Corps sound has the same grasp of hook to go with the razor sharp lyrics.

It feels as if they’ve done everything they can to make these six songs special too. Working with producer Tim Creviston (Spiritbox, Misery Signals, Rest Easy) is an indication of that, but it’s the tracks themselves that matter, after all. “Mockingbird” is a real roller coaster, “On The Brink” is perhaps the best of the lot too. It’s chorus is reminiscent of Gaslight Anthem (or their early stuff at least) and the idea that “lets get through this life with no fuck ups” is about as much as most of us can dream of, after all.

Drummer Dan Stenning land bass player Ronnie Ellis lay down the bedrock of the superb “The Pocket”, which seems like its holding itself back, deliberately (the band obviously like that one given the title of the EP comes from the chorus) and the subtleties of the band really shine through on “Lasso Of Truth”.

An action packed EP (maybe a mini album, I am never sure how these things are classified) ends with a real rabble rouser in the shape of “The Way” and the lead breaks from Andrew Pederson and Garrison are a masterclass in how this gets done.

And do you know what’s interesting? I am typing this while listening to the album on Spotify. As it always does, at the end it plays me some songs based on what I’ve just listened to (no problem with that, I’ve found some decent tunes that way) but the three it’s just played me after The Corps? They were alright and you can see why the algorithm threw them up, but they were nowhere near as good.

The Corps have always been a class above, a little under the radar perhaps, but “From Oblivion” rather neatly proves their skill again.