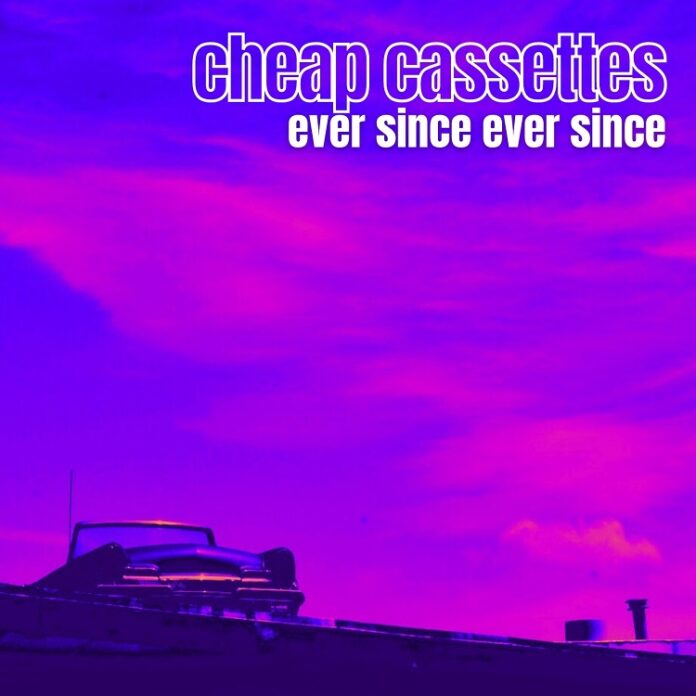 No joke here. Music reviewing is just one massive blag.

Take The Cheap Cassettes for example. I am, before we get going here, a huge fan of the band. This is not in question, and “Ever Since Ever Since” is the fourth of their releases I have been proud to write about. What I mean is on their social media, they put things like “Rootsy American power pop with big guitars and big hooks.” Then they talk about The Replacements and The Jam as being influences.

Then reviewers kind of pounce on that stuff to make it seem like they’re on the pulse. You know by now, I hope that MV does it differently, so I am going to tell you this: I’ve got a couple of Replacements records that I haven’t listened to in about 20 years and what I know about The Jam can be written on a postage stamp next to what I know about Nuclear Physics.

Yet I still do the blag. My last review of TCC said this: “its gloriously ragged and loose-limbed.” What does that mean? Truth is, I don’t really know.

All I mean is when I picture the band in my head, what I see is a group that plays their guitars around their knees like Keith Richards, one that plays lead guitars like The Faces, and one that just loves what they do.

And on this point I reckon I am spot on for once.

So lets ditch the cliches, yeah? And instead revel in the fact that “She Ain’t Nothing Like You” kicks off like The Stones playing T-Rex songs while Charles Matthews’ sweet voice is all over the top. Then there’s a proper kind of Chuck Berry solo, just for grins.

The reason we got rid of the bullshit? Well the band does, basically. You’ve heard the likes of “Malnutrition” before, but somehow it’s totally original too. I am saying here and now that if some late 90s rocker had done this (The Stereophonics, say) this was a gold record – and its got the word “whatnot” in, which is worth about a million bonus points in these parts.

One name I always seem to come back to in reviews of Cheap Cassettes stuff is Jet. And the Aussie rockers schtick is imprinted on the brilliant “Red Light Blue” and the superb chugging cover of The Elevators “Your I’s Are Too Close Together” is absolutely on point.

Of course, we all know that this type of power pop, rock n roll, whatever it is, only works if the lyrics have a deep sadness to go with the tunes. “There Goes That Girl” with all its jangle is a basic lesson on how to do it,  and when they do something a little more strident like “How I Got What I Wanted” there’s a kind of Undertones thing.

Kevin Parkhurst, along with Matthews, is the main man here, but my! The pair have chemistry! Some kind of inbuilt sense of what the song needs, and when that is “Endless Summer” and sounds like a leftover Georgia Satellites riff I am all the way in for it, frankly.

People talk a lot about “three minute pop songs” and “Wishing The Sun Away” literally is, but these songs are distinctly different from many of the competition, given that they  are quite lengthy.  “Baby Don’t Get Weird”, for example gives itself chance to breathe, and “One Black Summer” underlines my long standing belief that you can sing anything you like if the music sounds happy. Melody and harmony abound- then the chorus hits: “I remember one black summer, when our loved turned to murder, those were the best days of our lives.”

You can talk about sugar sweet and sticky as much as you like, but the best of this stuff – as Silver Sun proved – always had something unpleasant lurking beneath. It still does, and that’s been the case “Ever Since Ever Since”.