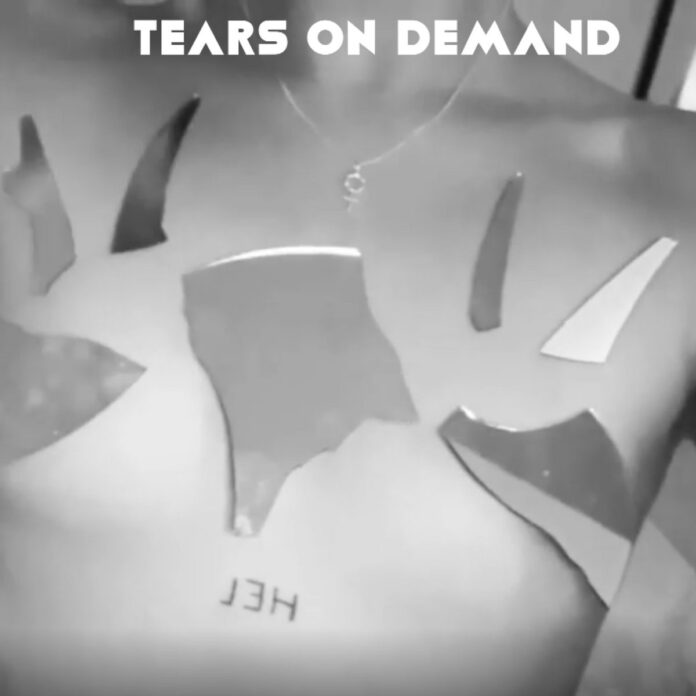 There are some bands and projects that really intrigue me and this certainly was one.

Tears On Demand is the solo project of Nicolas Pierre Wardell which tries to fuse the music of Prince and shoegaze sounds. He also has two other bands / projects, the shoegaze and indie rock of Beatastic and the more electro of Xeresa. The blurb said that Tears On Demand blended the music of Prince circa Sign O The Times with the sounds of The Cure and My Bloody Valentine. As i`ve seen all three, I was immediately attracted. Hel is a five track EP that was released towards the end of last year.

This extended play opens with `The Best Way To Get Convicted` which begins with a guitar sound similar to my favourite Cure track `Pictures of You`. The vocals join over a constant electronic drum beat and they are delightfully dreamy almost distant. The lyrics are a little out there with a line “No more colours it`s only green that matters” with the overall riding sentiment of “The best way to get convicted, isn`t to plead guilty” odd but compelling. I felt there was a slightly unnerving appeal to `The Shadow Pandemic` which was another quite mesmeric offering.

`Caught Up In The Undertow` has a guitar riff that seems to drift in and out as the song develops. The drum machine beat sets the pace for this track that maybe relates to societal inequalities. The Cure like guitar chord riff returns on `5mins In The Sun` a composition that almost ebbs and flows as it evolves. Another quite spellbinding piece that will suck you in.

This release closes out with `Nothing Compares` and maybe it does hint at Prince`s Nothing Compares To You` song but is completely reworked, almost unrecognisable and with NPW`s own lyrical outlook which implies a revolution is coming but maybe that`s a reference to the AFKAP`s backing band. It`s a trippy quite hypnotic submission which had me drifting off in a delicious haze.

`Hel` was a really interesting introduction for me to this French born but Brighton based artist who sang vocals and played bass, guitars, keyboards and programmed this offering.

I`ll certainly be checking out his other musical offerings both Beatastic and Xeresa.

I suggest you should as well.