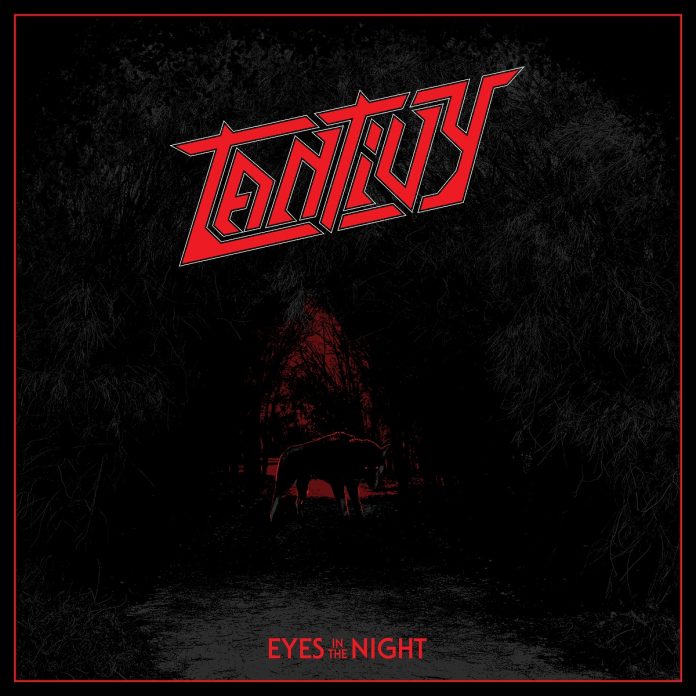 Here’s what I know about Wisconsin:

How do I know this? Well, I am the world’s biggest Frasier fan and his producer Roz was from there.

There’s something else I know about Wisconsin, now: Tantivy are natives, and brothers and sisters, Tantivy rule.

The sound of the duo (and there’s always something so raw about duo’s which is fully in evidence here) is best shown by the line in the song “Houndin’ Ya” which goes like this: “Heavy metal’s all I bleed.”

And that’s what this EP does for 21 glorious, filthy minutes. It bleeds with a passion for the music.

So just as much as I know Wisconsin from Frasier, then I am going to tell you that Adam Geurink is and drummer Jon Zimick know the UK from Motorhead. Because if Lemmy and the lads played metal, they are playing it this fast, this furious and this grimy.

Like a two man biker gang, Tantivy thunder. “I Am The Wolf” takes you back to 1982 when thrash was leather studded and dangerous. “Cut ‘Em Lose” has a bit of a bluesy brood, but only, it seems to me, so it can lure you down a dark alley and mug you.

Taking no prisoners is all this is about. “Houndin’ You” is probably the best, but not because of the aforementioned line, but the track itself is a cracker, as is “Nowhere”, which adds something even more primal and scary to the mix.

The last one of the superb quintet is “Daggers” which merrily (or perhaps that’s the wrong word?) gets itself off down a proper NWOBHM rabbit hole. Judas Priest fans need to get themselves on this one.

Look, this is unreconstructed and perfectly simple. It’s loud and nasty, it’s played by two blokes who were desperate to make the music they loved.

And they’ve done it so well.