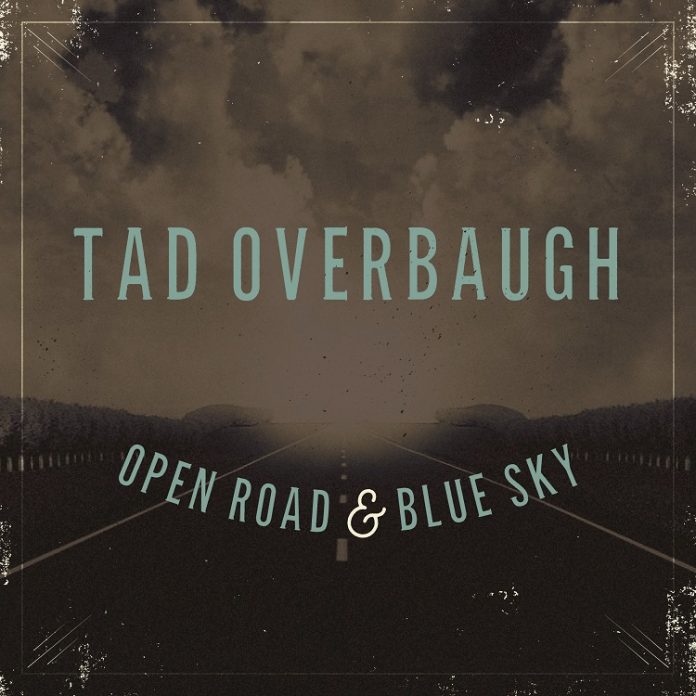 There are many ways I could have started this review. But this is rock n roll so let’s start it in a strip club.

Towards the end of “Open Road And Blue Sky” there is a song called “Tip My Girl”, on which, Sir. Tad of Overbaugh manages to make a song out of the idea that his girlfriend is working in such an establishment and would like your money.

No joke here, no “male bravado”, the thought of being in such a place makes my skin crawl, but the reason for mentioning at the start, was simple. Like Springsteen – or more accurately in this case Drive-By Truckers – Overbaugh and The Late Arrivals, have made a song out of something no one else would spot. And moreover to make it about the Human Condition, the working class struggle. That takes a real skill.

I reviewed their 2018 EP “Demons In The Dust”, so I knew they were good, what I didn’t expect was how good.

The name Drive-By Truckers is one I came back to a lot, there’s the song songwriting from a different place, but with a wit, with a cheeky smile, if you will: “I’ve got a lazy eye. It don’t like to look away when you walk by” he sings in the opener, and that’s the kind of warmth you will here throughout.

There’s flavours of Americana in things like “Breakdown Lane”, and you can put them in that neat box, if you like, but there’s a problem with that: Tad Overbaugh And The Late Arrivals don’t care, and they won’t fit.

It’s in the guitars, you see. Listen to “Bill Stares At The TV” (like many of them, this is the tale of someone who is down on his luck (I thought of them almost as the extras from “Western Stars”, the ones that weren’t cool enough for Springsteen to write about) and there’s a rock n roll tinge. Not quite The Black Crowes, but there’s enough meat in the lead to say this is ready to break out.

It’s not beholden to one particular thing, though. For example, “He Was A Fire” (“murder in the first” is a strident first line too) is built around an acoustic riff and harmonica, but then you notice the really interesting percussion. Then the true highlight, “Hey Lonely” has me reaching for the nearest Dan Baird record (and believe me, they are never far away!). Never mind the music, the lyrics on this one are top drawer.

Calling a song “Guts And Soul” makes It almost too easy for me. Like “on a record full of both it is aptly named”, but its Whiskeytown flavoured vibe is perfect.

I’d listened to this record a lot – for pleasure mostly, I knew what I was mostly going to say after one listen – but one thing that did hit me with repeated exposure was the textures, the colours and the subtleties. “Can’t Be Gone” is beautifully world weary, which I hadn’t noticed until literally typing this, “Done With This Town” is reflective,  and you can imagine Steve Earle doing it in his mid-period, the lap steel makes it.

There’s something of the dive bar about “Spotlight Hits You” but its power chords, and the harmonies would be a radio hit if such a thing still happened, and drinking is very much at the front and centre of the fun “Other Side Of A Six Pack” – honky tonk ready (and there’s a version of it on the Justine’s Black Threads EP reviewed elsewhere on the site today) and totally unrepentant.

“Lethal Charm” bounces along, until you listen to the lyrics, it actually sounds happy, then the words balance that, while “End Of The Decade”, if it was written by The Gin Blooms in about 1989 would have won some sort of award on MTV.

But that’s not really the point. This isn’t about fame, “Open Road And Blue Sky” is about a desire, a need almost to create. There are many miles on the clock here, and thousands more to go, because talent that runs this deep is about more than adulation, it comes from within.