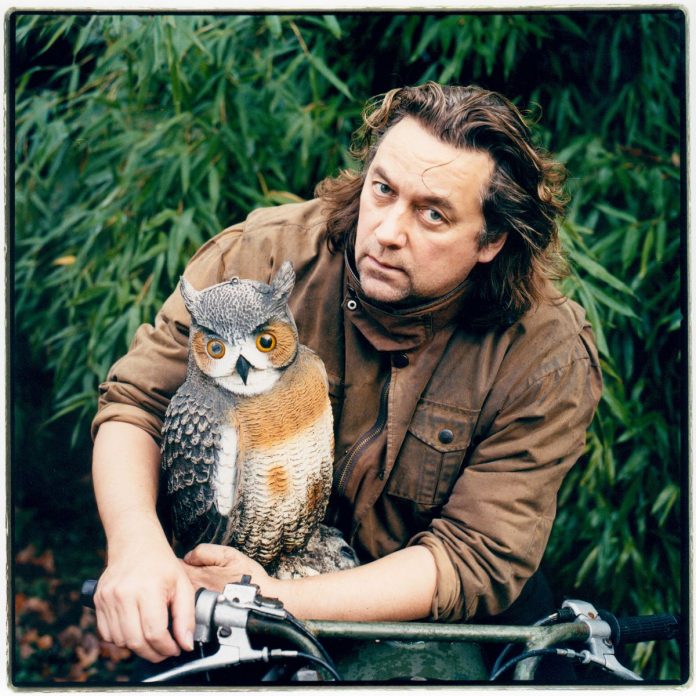 It`s over a decade now since Scottish singer, songwriter and Folk musician Jackie Leven passed away. A wonderful raconteur, musician and singer who could fill his live shows with anecdotes and stories almost to the detriment of his intriguing songs. His career began under the pseudonym “John St Field”, and he released one album in 1973. He went on to form Celtic new wave rock band Doll By Doll in 1975 who were judged to be out of step with other bands at the time. After their demise Leven suffered a street assault and near strangulation during the recording of his first solo album in 1984, which left him unable to speak for nearly two years and it was during this time he became addicted to heroin. He eventually cured himself of his addiction with the help of his wife Carol through a combination of acupuncture and psychic healing. This led him to form The Core Trust organisation, which favours a holistic approach to the treatment of heroin addiction. He released innumerable albums and also live fan club only additions along with a couple of releases under the pseudonym “Sir Vincent Lone”. `Straight Outta Caledonia…` is a long awaited compilation and introduction to this undervalued and overlooked artist.

The album opens with `The Sexual Loneliness of Jesus Christ` a number produced by Pere Ubu’s David Thomas which begins with samples of unemployed workers in Glasgow following the closing of the Clyde shipyards. The thing that hits you first is not the quite challenging title but the delightful oscillation in the singer`s vocal as he relates a tale of the life of not a sinless messiah but as of a sexually frustrated, solitary man condemned to an isolation that no one else will ever feel. The heartache in the vocal delivery is almost tangible and is given a stunning platform with strings, a hypnotic driving drum beat and charming backing harmonies. `Straight Outta Caledonia`, the title track comes from Jackie`s side project alias Sir Vincent Lone`s album “Songs for Lonely Americans”. A sort of uplifting sentimental pop song that pulls at the heartstrings of exiled celts, not quite in the realms of Dougie Maclean`s `Caledonia` but certainly heading there.
`Heartsick Land` is another introspective number which is much more stripped back with just Jackie`s agonising vocals and what seems to be a mandolin accompanying him at times, quite ethereal. Another change of pace with `Irresistible Romance` follows which is a more mid paced rock / pop observation. There are brass tinges with key and guitar riffs along route.
`Live or Die` is a wonderfully melancholic account of a romantic betrayal where the narrator is the victim this time, whereas he has previously been the perpetrator in similar situations. The chorus of “I injured woman so many times, then departed from the scene of the crime, excuse me madame but I’m down on my knees and if I’m honest that is where I should be” is masterful. The use of strings and organ on `Some Ancient Misty Morning` is a delight. I`ve read before fans saying it`s almost a calypso meets country and folk tune, and it does have those touches with such a soulful voice.

`Snow in Central Park` is a contemplative and meditative tale about a wintery day in “the City that Never Sleeps” but the singer upon some deeper reflection manages to relate some similarities with the land of his birth. There is one song which will always have me in tears and it`s `Poortoun` not only are the lyrics a work of genius but the vocal delivery paints a picture of all the sorrow and social deprivation associated with a long forgotten post-industrial town.

`Dagenham Dream` is a cut from the artist`s final album “Wayside Shrines and the Code of the Travelling Man” a collaboration with Michael Cosgrave and it’s a ruminative offering that almost comes across as a farewell refrain. We close out with `Single Father` another pensive and philosophical reflection on times past, loss and loneliness.

`Straight Outta Caledonia…` is a superb introduction to the music, words, wit, and wisdom of the late Jackie Leven. This compilation will hopefully act as a showcase and entice people, unfamiliar with this artist, to peruse the back catalogue of this enormously underappreciated troubadour with the multi octave vocal.