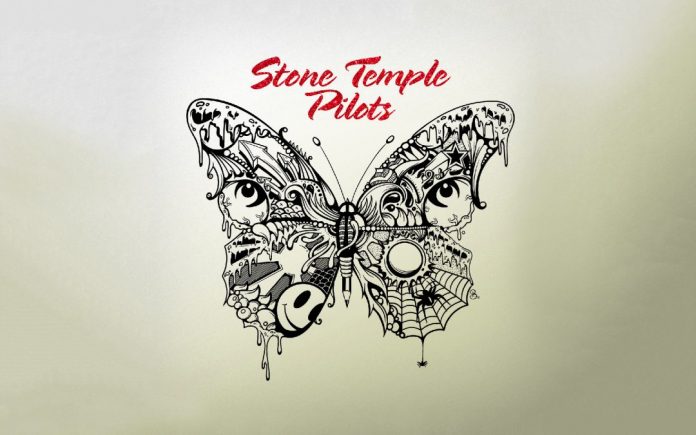 Will you welcome the boys, again

When news broke late last year that Stone Temple Pilots were putting out a new record, there was first excitement, but then the little bit of trepidation that you are bound to get when a band that you love makes its return after nearly a decade and in the circumstances it has. Rather like all your favourite shows that came back for another go and you wish they hadn’t, bands do risk tarnishing their legacy when they make a comeback.

Especially – and let’s get it out of the way – without one of their iconic members. In the case of STP it might be the bands most iconic member. That isn’t meant as any disrespect to the DeLeo brothers, or indeed Eric Kretz who have been here since the start, back in the 80s and back in the day when I saw them on The Word one Friday night, playing the incredible “Sex Type Thing” and realised they were not just another grunge band (they never were anything of the sort beyond some lazy journalists who love to pigeonhole). Rather it is just a comment on the fact that Scott Weiland had a way of taking over with his presence.

Filling those considerable shoes is Jeff Gutt. A veteran of X Factor back home, he is also a veteran of a load of bands that we don’t know. What you can be sure of, though, is that Gutt – who has been writing with the rest of the band and isn’t some hired gun – has done a brilliant job.

And what’s more, he’s done that work on a record that is far from one that i going to detract from what STP have done before. Indeed, it is clear from the opening track “Middle Of Nowhere” that the band is back – in more ways than one. The song itself has a kind of exultant feel, as if it has been bursting to get out of these blocks for eight years, but there’s more to it. It has the same rock feel of their mid-period work, rather than the more swirling sound on 2010’s (also) self-titled effort. It has a hook to kill for, “there’s a right way, a wrong way” sings Gutt, before cheekily adding “and there’s my way.”

Initial fears allayed it’s off and let’s go, there’s a brooding type of groove to “Guilty” and although Dean DeLeo’s guitar throughout is superb, it is especially so here. “Meadow” follows, and as well as being the single they chose to showcase the thing, it has a real stomping glam sheen. “We’re all just killing time and having fun,” it says and it seems that the record too comes from that place.

That’s not to say it doesn’t have that strange streak STP have always had. “Just A Little Lie” for example prowls rather oddly, and “Six Eight” cheerfully and wilfully plays with the big rock formula, right down to its soaring chorus, but the thought that this is a band that will always do things on their own terms is right here on the summery ballad “Thought She’d Be Mine” which is so laid back it actually ends with a xylophone. And it needs to be said that Gutt does channel the full Scott Weiland experience here.

After that – perhaps because of that – the opening heaviness to “Roll Me Under” is a jolt. It is supposed to be, but it injects some real arena rock urgency into things. This, however, is not a record with a consistent sound rather it’s got natural peaks and troughs, and in the case of “Never Enough” it has them in the same song. Ranging as it does from strident riffing to the psychedelic tinge they always seemed to muster.

“The Art Of Letting Go” is this record’s “Interstate Love Song”, if you will, and “Finest Hour” has a kind of end of the night, propping up the bar while the chairs are being stacked, vibe. It wouldn’t be a stretch to think that this was about their former singer either “I miss you brother, I hope you know its true” is a line delivered with some real emotion.

Elsewhere, “Good Shoes” will need them to dance, because it’s got a real swing, an incessant bass groove that sweeps you along, and the album’s longest track (albeit still only clocking in at five minutes) “Reds And Blues” ends things on a restrained, almost southern rock that.

It concludes a collection, which given the history that surrounds it, is remarkable. This self-titled record is probably better than the one that came out eight years back and that in itself is probably enough. Let’s face it, this could have been awful. It most certainly is not that. The band had too much to say to let it go, and on this evidence they made the right choice, in all ways.