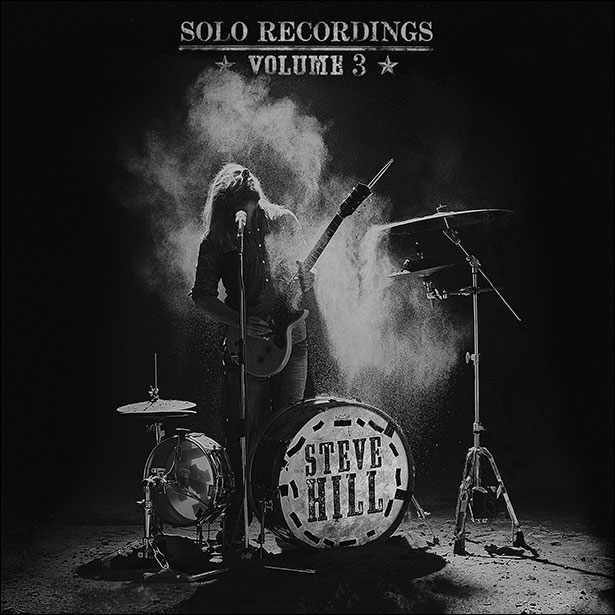 Canadian award winner is at it again

If you want to know what’s different about Steve Hill, look at the cover above.

How many people do you see? No more clues.

Yep, Hill is a one-man band. And if you’ve ever listened to Royal Blood and wondered how they do it, been to see Motorhead and not been able to understand how three men made so much glorious noise or seen Rush and thought “nah they can’t do this, can they, not with a trio?” Then you’d best be prepared for a shock.

Because when Steve Hill says “solo recordings” he means it.

All of which is enough to get you saying “blimey” for about two minutes, but isn’t going to matter for a damn thing if the record is no good. Well, fear not, because “Solo Recordings” is absolutely marvellous.

As with all small sized groups – MV faves The Picturebooks for example – there is a primal quality about the blues of Hill. “Damned” – pay off line “when things are right I make ‘em wrong” – is a perfect opener, and he is only just getting started.

This has been out in his native Canada for a year, and has won plaudits and awards in equal measure. It’s easy to see why. There is a real dark crunch about the way Hill delivers his licks, “Dangerous” – the first single that we featured on the site recently – has more than a hint of UFO about it. Yes, this is blues, it seems to say, but it’s blues on its own terms.

“Still A Fool And A Rolling Stone” – one of the record’s longer cuts finds something really mysterious lurking in the shadows and when Robert Johnson legged it to the crossroads to have a chat with the devil this is exactly what he had in mind.

The beauty of this, though, is that it is far from a one trick pony.  “Slowly Slipping Away” is acoustic and almost folky, Gram Parsons type stuff with the kick drum in full effect, “Rhythm All Over” is as different again and takes us into a world of bar room rock n roll that would see Dan Baird purring with glee.

Hill, however, does seem to be at his happiest when blowing on his harp as on the start of “Smoking Hot Machine” which he mixes with the guitar brilliantly. That said, so skilled is he that he switches to finger-picking like Chris Whitley or Kelly Joe Phelps on the wonderful “Troubled Times”.

There is a beauty in the simple sing-a-longs too. “Emily” is perfect shimmering summertime, and “Can’t Take It With You” captures the very essence of what Hill is trying to do and packages  it up in a three minute song.

A record without a dip in quality, “Volume 3” features songs that will no doubt take on a life of their own on stage. You can imagine “Rollin And Tumblin/Stop Breaking Down” becoming a mighty old jam when played live, here though it just about restrains itself.

The variations, the light and shade, contained within is astonishing. That the country flavoured “Going Down That Road Feeling Bad” and the heavy blues of “Walking Grave” finish this album is merely proof of this.

The honest truth is crystal clear, though. Whatever Steve Hill chooses to do he is the master of it. As well, of course, as being the master of his own destiny. Who needs bandmates?