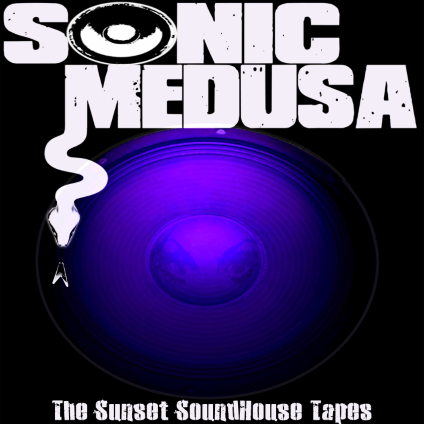 LA Supergroup get round to their debut.

When a bunch of already established musicians get to together to make music away from their day jobs, it can sometimes be a mixed affair. It can – if we are being honest – be a bunch of largely forgettable noodling that they enjoy more than we do (and actually that’s ok) or it can sound like the most fun anyone has ever had.

The band with the finest name of the year includes LA players from Goatsnake, Hollywood Rose (an early forerunner of G n R) The Obsessed and the wonderfully monikered Angus Khan, and they got together some five years ago. This is their debut.

If you can imagine a cross between Thin Lizzy, Iron Maiden and Blue Cheer (the band with whom SM made their live debut supporting) that’d be pretty good, right? Well, imagine no more before it’s right here.

It begins with “Medusa” which suckers you into thinking it would like to be “Sympathy For The Devil” before a mighty NWOBHM riff and a exultant scream from singer Dirty D – who performs heroics throughout – essentially sounds the starting gun.

There’s a telling moment before its first twin guitar solo. Dirty (perhaps just D to his mates?) yells “let’s get stoned!” like its the most natural thing in the planet. “……Tapes” in that respect is like a party they threw and invited you to clear up the mess and look at the selfies.

“Goblin Suite” is heavier, more crushing and possesses a filthy Sabbath feel, but it’s just as entertaining, and the eight minutes of “Cold Wind” which cheerfully ransacks every great band ever, then goes back to salt the earth just for kicks, is not just the best thing here, it deserves to be on every end of year best of.

And as if to prove they mean business, things take a really unexpected turn with “Wolf’s Prayer” with everything from an acoustic opening, to a swaggering bass groove, and the suspicion that if it wasn’t constraining itself it’d harm everything you hold dear. It’s an enormous and grandiose classic rock song.

Ok so it’s a four track record. They’ve taken six years to get this far, so Lord knows when they’ll be back (and drummer Greg Rodgers of amongst others Goatsnake had to be coaxed out of semi-retirement for this). Thus you hesitate to wonder how good they might eventually be. Leave that thought for later, though, and just revel in how glorious this is.