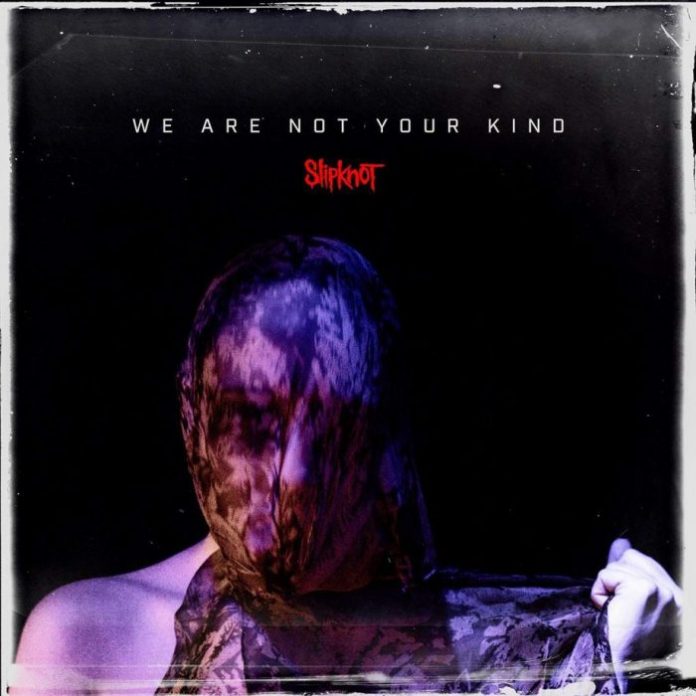 There is a moment, and it comes 24 seconds into “Unsainted”, the first song proper on “We Are Not Your Kind” where Corey Taylor opens his mouth for the first time on the record. “I’ve never killed myself to sell my soul”, he sings and about 30 seconds after, all hell breaks loose. A maelstrom of lord knows what, from lord knows where.

It sounds like no one else. It signifies only one thing. Slipknot, maggots, are back.

It is 19 years since they burst out of Iowa with that debut record that was like nothing else. Nu Metal? Oh please, it was waaayyy better than that.

Since then the misfits they were (are still?) have revealed personalities to go with the numbers and if they’ve forever had the appeal to bring in people like me that don’t often like extreme metal and who never hated their parents into the dysfunctional family, then what is often forgotten is the truly brilliant songs they had with which to channel the anger, the rage and with they gave a voice to the voiceless.

And, make no mistake, we might as well say it here rather than at the end of the review: “We Are Not Your Kind” might just be the best album they’ve ever done.

I’d argue that no other band has managed to match the genuine hate that spits forth from these songs, with such innovation, such desire to take chances and married it up with a hook that was so catchy.

Take the aforementioned “Unsainted”. Two verses in, you’ll be singing the chorus. And yet the thing is brutal, industrial and proudly impenetrable.

In fact, whilst the roots of the debut are here, then on “….Kind” they’ve really dialled up the harsh, almost NiN stuff. “Birth Of The Cruel” sort of broods malevolently before exploding.

“Nero Forte” brings a genuine riff, with some unsettling harmonies, and it might just prove that Taylor is one of the best vocalists there is – certainly the most innovative.

“Critical Darling” sounds like the soundtrack to some dystopian horror that I’d be too scared to watch – and at over six minutes it is more proof that there is nothing conventional about them at all. But then, true leaders innovate.

There is a nightmarish quality to most of these. “A Liars Funeral” is more like Stone Sour than many of them here, but for all that you think it’ll be a ballad, the scream of “liar!!” jolts you. This is a tough listen, don’t doubt it. “They’ll eat you alive just to kill you….” Sneers the lyrics to the utterly vicious “Red Flag”, and nihilism is made flesh here.

But the thing about Slipknot in 2019 as opposed to 1999 is that they know that people still = shit (come on that is a given…..) so they find other things to say. The wonderful “Spiders” is mid-paced, but with a beguiling, compelling lead, and the one which follows “Orphan” does its slow build up and shows a band that will be more than happy to do its thing. Modern, extreme metal, should be exactly this, but so seldom is. Challenging, scary and fresh – and unless you are really up for it, you had best stay out of the moshpit when it hits. And if they don’t have t-shirts with “I am the orphan, the one who kills your world” then I’ll be amazed, frankly.

There is something absolutely different about this album, though, compared to all the others. “My Pain” keeps all the elements of the band and tops it off with something like a glockenspiel. Alice Cooper, in a different context, like to unsettle in the same way.

A lengthy record – as if deliberately going against what is meant to be done in the instant gratification age – “We Are Not Your Kind” – hangs together brilliantly as a complete collection. Again flying in the face of conventional wisdom. “Not Long For This World” is better at modern metal than any of the modern metal bands, and “Solway Firth” adds an electro pulse – but its mechanical elements are only here to crush.

Slipknot have not released a record for five years – largely of course down to the busy schedules of their members – and in that time, you can sometimes forget their influence on, and just how vital they remain to, Heavy Metal.

There is something in everyone that needs to channel rage, and that is why “We Are Not Your Kind” is wrong. They are our kind. This is, in many ways, our record, and on just about every level, it is astonishing.