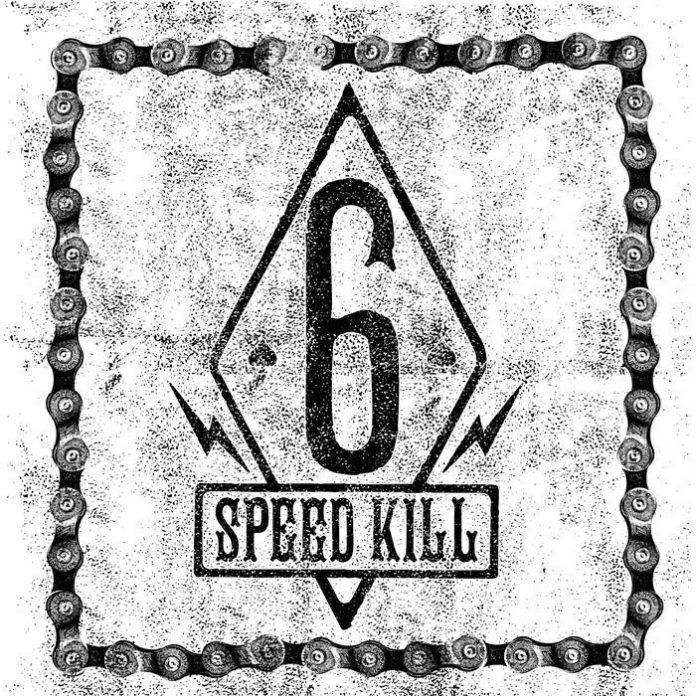 
On the frankly hilarious bio that came with the press pack for this, the debut record from Six Speed Kill, Rhythm guitarist Nick Phelps claims he started the band when he was “bored and out of barbecue meat and beer.” That out of the way, he then proceeds to take the piss out of each of his band mates in turn.

From this we can made the not unreasonable assumption that SSK aren’t a band to take this overly seriously. Now, there are many ways to have fun with rock n roll. In the 1980s it was Motley Crüe shouting at the devil, wanting girls, girls girls (and heroin) and Poison having nothin’ but a good time. Then in the 1990s Kurt demanded the entertainment was given to him. The trouble is none of this suits Six Speed Kill. Instead they’ll make their own fun. Which means they probably would make friends with the devil and instead of girls, girls girls, they’d spend the rest of the night looking at porn with him. Good stuff too, you’d guess. Really filthy.

The point is here that Six Speed Kill just want to make as much as noise as they can as quickly as possible. And they want to do this over a set of 12 songs that sound rather like Motörhead jamming with Zeke and The Dwarves.

The sonic brew is fabulously dirty. horribly grimy, downright disgusting. In short exactly what you’d want a track called “In The Mood (For Murder)” to sound like. That’s one of the four pieces of music here that really seem to sum Six Speed Kill Up. The others are – and you can take your pick as to the best, largely because they are all brilliant – “Love None Hate All”, “White Trash Hero”, which features the most primal rock n roll grooves you can think off, but also “Hardcore Song” which contains the lines “this an example of hardcore lyrics/gonna keep yelling till this song is finished” and is a fantastic pastiche of the hardcore scene and hardcore punk in general.

Everywhere else they just deal squarely in turbo charged riffery. Not a new, posh car with a new turbo you understand. This would be a rancid, old, rusting thing that might also double as a meth lab. Possibly. This is, after all, a band that sings “Go Home Satan” with such gusto that even Beelzebub might take heed.

Just a couple of times they slow the pace ever so slightly and it works brilliantly. “Hell In A Handbasket” and the even better “Bury The Crown” are superb.

Ultimately though, this is not a record to change your life. It’s not – probably – a record to change the lives of Six Speed Kill either, but it’s fantastic. You probably wouldn’t want them to move in next door but for half an hour or so their world is magnificent.