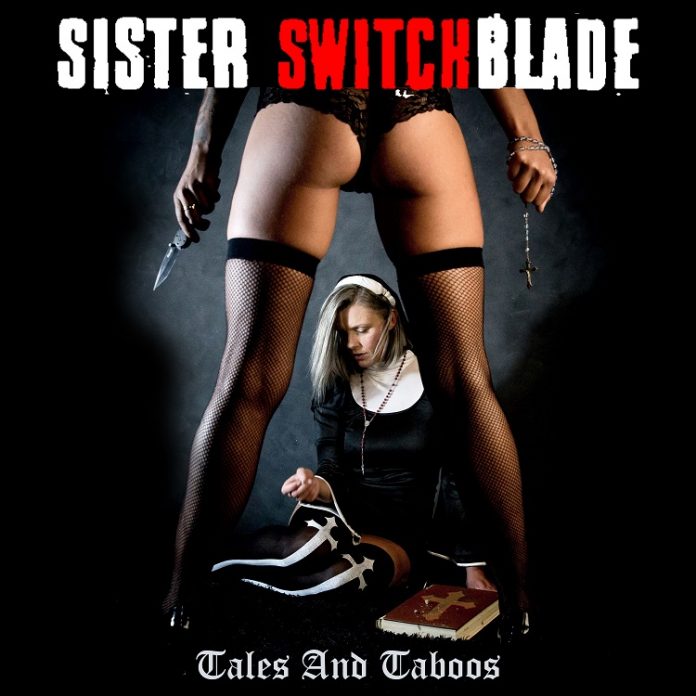 I was listening to the news on the radio last night. It’s about the only way I know what day of the week it is, right now.

There was an item on it which asked about the effect of the worldwide lockdown on people’s mental health, and whether people were going to be drinking more now they couldn’t do anything else.

It set me thinking.

Now, first things first, I don’t drink. I am not very rock n roll and I drink pretty much the same amount of coffee and fresh orange juice as I did before all this shit.

But I’ll tell you what I have noticed since I wasn’t able to go to work, go to football and go to gigs (not necessarily the order of importance I place on these things). I’ve been reviewing a lot of sleazy metal.

Maybe it’s a comfort thing, maybe it’s because it reminds me of the halcyon days when all me and my mate had to worry about was listening to the new Poison record and pretending to try at school? When I didn’t have to worry about how much bog roll we had left, and when the staff in Tesco weren’t dressed like they were handling plutonium.  Maybe it’s because it’s something that hasn’t changed, and I can cling on to?

Ladies and gentlemen. I give you Sister Switchblade. If that lyric  – it is on “Oh Tiana”  a song about halfway through this  – alone doesn’t convince you that they’ve burst out of Perth (Australia, not Scotland) with serious ambitions to be Faster Pussycat, then the name should.

Like every glam rock band, ever, but you know what, this rules. And it rules because it doesn’t give a shit that it’s all been done before. Sister Switchblade know. They just fancied a crack at it too.

“Tales And Taboos” emerged last August, but surely it really came out of the back alley’s behind the Sunset Strip in 1987.

The title track does a bit of grandiose classical stuff, after which we are straight into “Jezebel”. A little bit of Skid Row’s early stuff, but honestly, pick a band from that era and you’ll find something here.

“Ain’t Your Valentine” has a riff so dirty you probably should make it wash its hands, but Andy, Dylan, Browny and Adam don’t seem the type. Instead, they are happy to do their little Motley homage “girl don’t go away mad” they yell before the solo here, “just go away!” and those solos? Well, Browny ain’t messing. He screeches them like a guitar god.

“Hard Line” has a bit of Airbourne’s rumble, but to be fair, this mostly beats its own path and sounds somewhere between Jettboy and Junkyard. Mention of those two bands is deliberate too. Not because they weren’t as big as GnR, but rather because they were the bruisers. The ones you always thought were playing for a ruck just as much as the girls. There’s nothing fake here, I am sure of that.

“The Ace Won’t Wait” is the sound of hedonism (it’s the cowbells, you see) and “Love Kinda Rusty” has a chorus that is glorious, and if you are looking for another reason to love this 45 minutes (you shouldn’t need one) then try this. There are no ballads. None of that “Every Rose Has It’s Thorn” or “November Rain” type shite (come on, admit it, you always forward wound the tapes, don’t lie).

Instead, “Beautiful Mess” wants to be The Cult and “Bad Little Bitch” wants to get laid. Right now. Never mind social distancing.

And although I’ve reviewed this in a light hearted way, it does need saying that there is a skill to these songs. “Come Alive” like all the others, has a chorus you won’t forget, and “Share My Disease” (and six months after they released it, it has a different interpretation) fancies giving you a trip to the clinic.

The record finishes with “This Love Is Dead”, and let’s just say it is the work of men that have seen “The Dirt” (read the book instead, the film is crap) but more importantly it has the words: “I’d rather be loathed for what I am, than loved for what I am not.”

Sister Switchblade know they will never be the critics darlings. There’s always some po-faced prick who’d rather pretend they like Radiohead or The Smiths than actually enjoy something. “Tales And Taboos” is for the other people.

One of the best sleaze records in a long time.